The Bristol-powered Ace is eligible for the very best of the world’s historic motoring events, and the model holds a special place among historic car enthusiasts. This car, BEX349, has an interesting history. It is the only AC Ace supplied new to St Lucia in the British West Indies. The car left the Works factory on 17th September 1957 heading to Peter & Co, who were an import & export business and coal supplier to the shipping industry.

With only 238 square miles to its name, a 120mph British sports car seems a little gratuitous for the narrow tracks of the West Indies, and so it’s thought that this Ace may well have been destined for the South American racing championships. Popular among racing drivers in North and South America, no fewer than five Aces contested the Venezuelan Sports Car Grand Prix on 3rd November 1957. Competition upgrades including the addition of a steering box brace, sleeved chassis tube and aeroscreen mounting holes support this theory.

After spending some time in America, BEX 349 was returned to the UK by the well-known collector Michael Campbell Bowling. In need of restoration, Campbell Bowling treated the car to an extensive photographically documented chassis-up rebuild during which time he decided to change the car to RHD specification and aimed to compete in European events. The Ace subsequently participated in three Ecurie Ecosse Highland Tours, three RAC Norwich Union Rallies and the RAC Nürburgring-Spa Historic Rally. Its next custodian J. L. S Maclay purchased OSU 187 at Sotheby’s RAF Hendon Museum auction in 1996, a family with a long association with the AC brand.

After a few years enjoying their green Ace, the family decided to strip the two-seater back to aluminium and refinish it the original Svecia Red. At a similar time, the black leather seats were retrimmed and the engine benefitted from an overhaul at the hands of marque specialist Mike Robinson from 1999-2000. Two years later the AC was granted a Historic Vehicle Identity form by the FIA and the previous owner continued to campaign the car at various rallies and events across Europe, usually sharing driving duties with his son.

The current owner has enjoyed the Ace as a road car, and entrusted it to IN Racing for recent service work. As such, it’s running well and ready to use. The provenance of this car, particularly being a pre ’58 drum braked car means “OSU 187” is eligible for a wide variety of top events including the Mille Miglia Storica, Le Mans Classic, Goodwood Revival to name just a few. The car is offered for sale with its manual, original AC brochure, AC Owners’ Club Dating Letter, past FIVA identity cards, and an impressive history file. 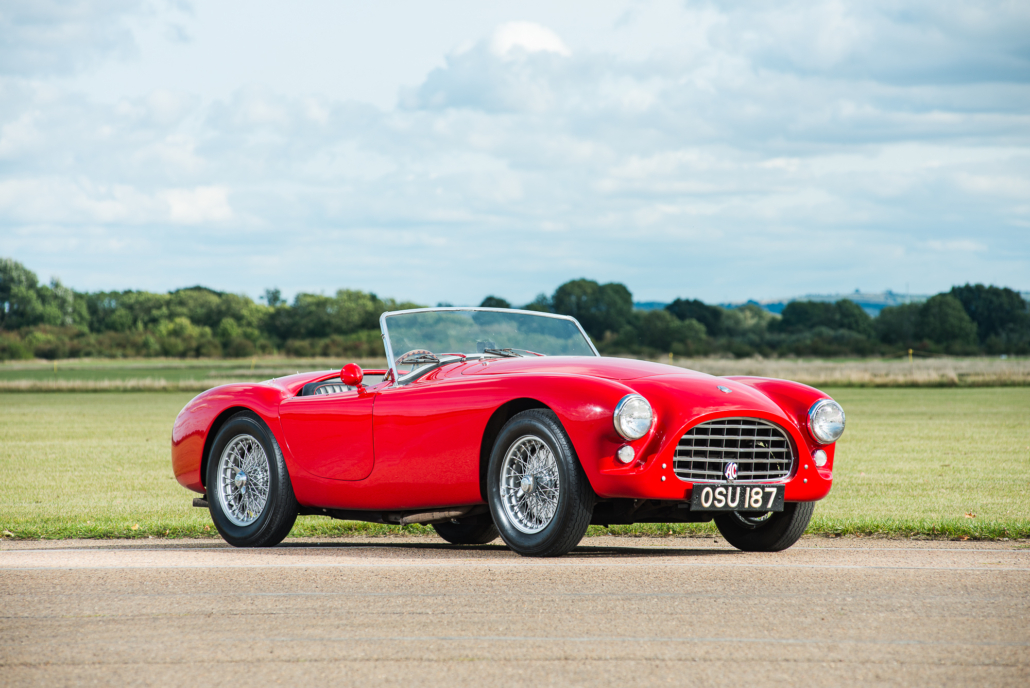 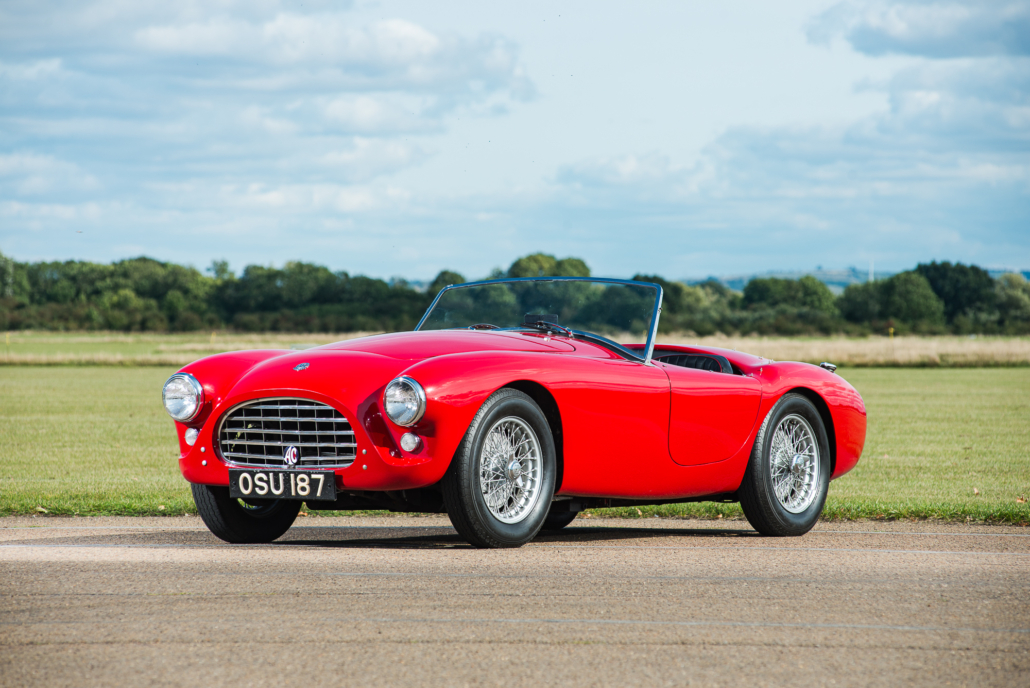 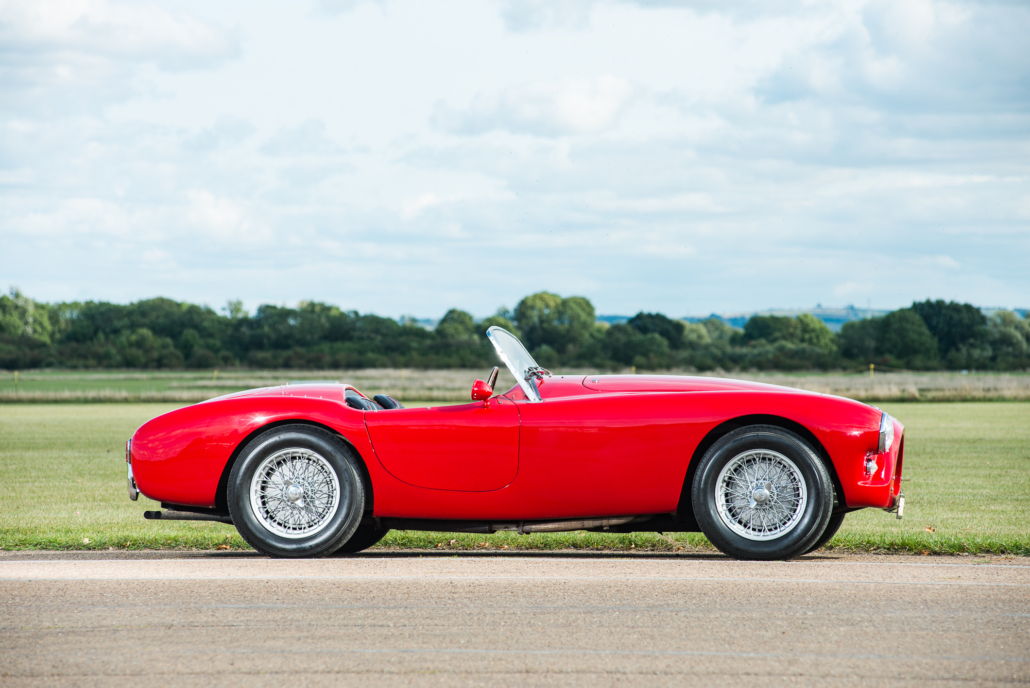 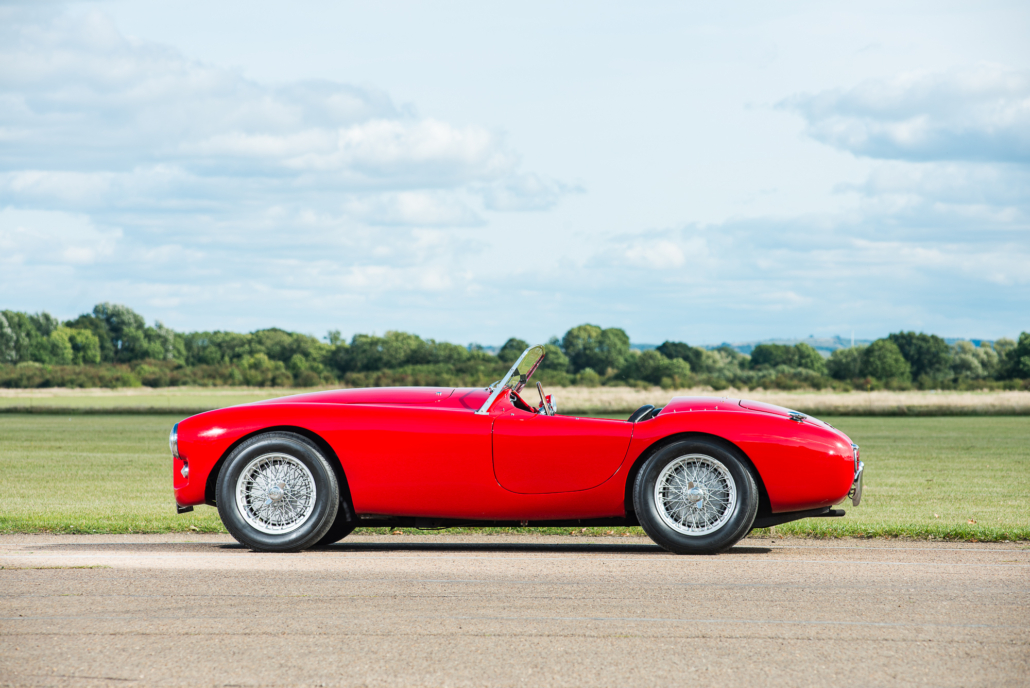 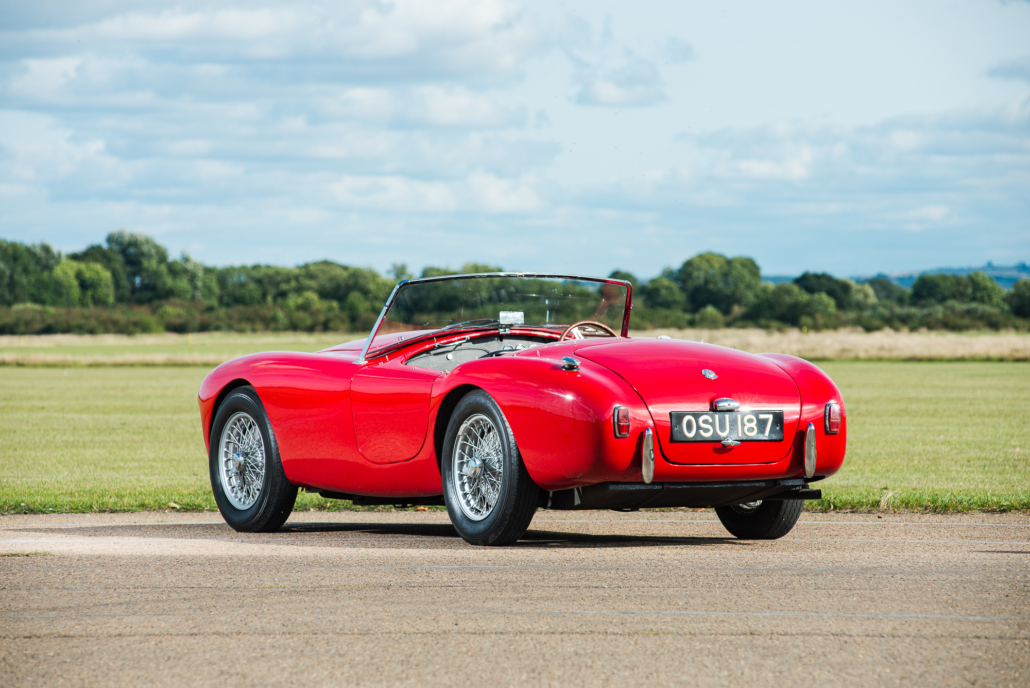 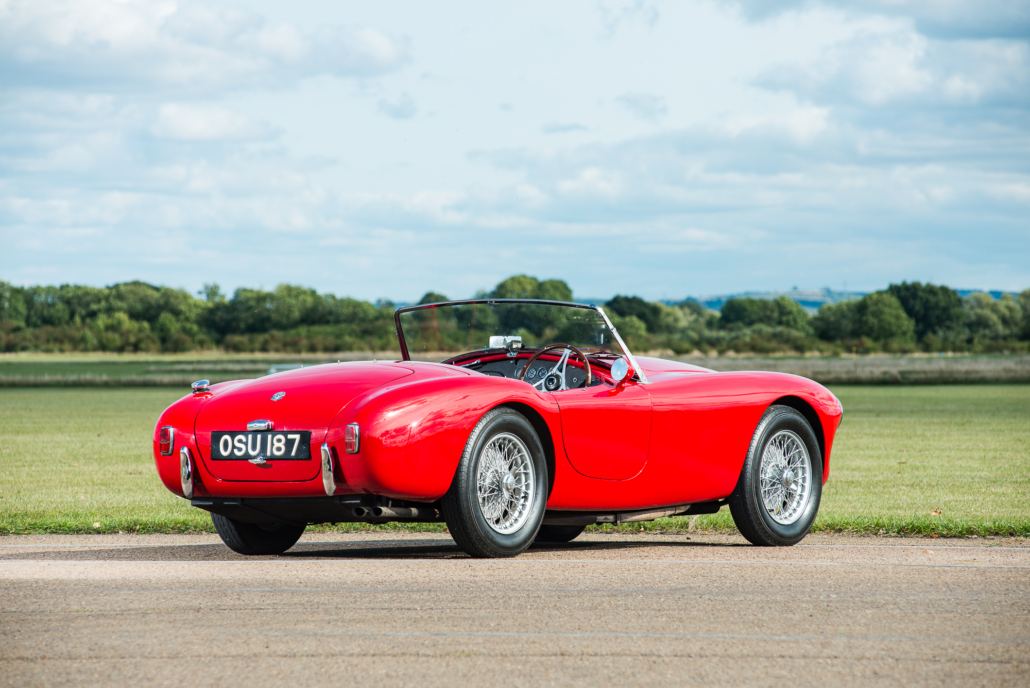 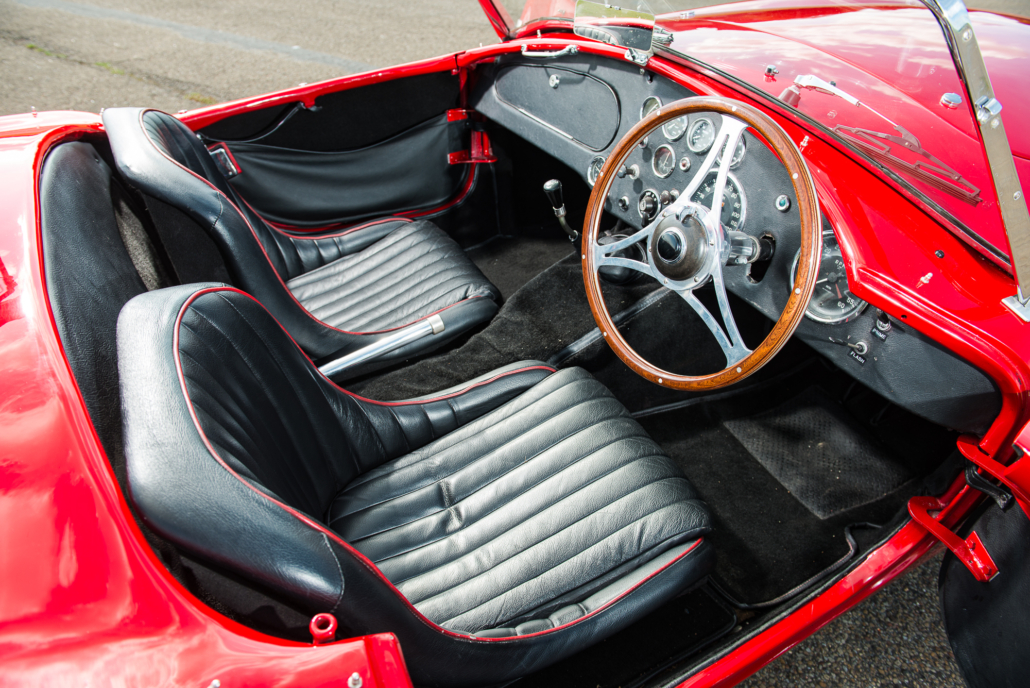 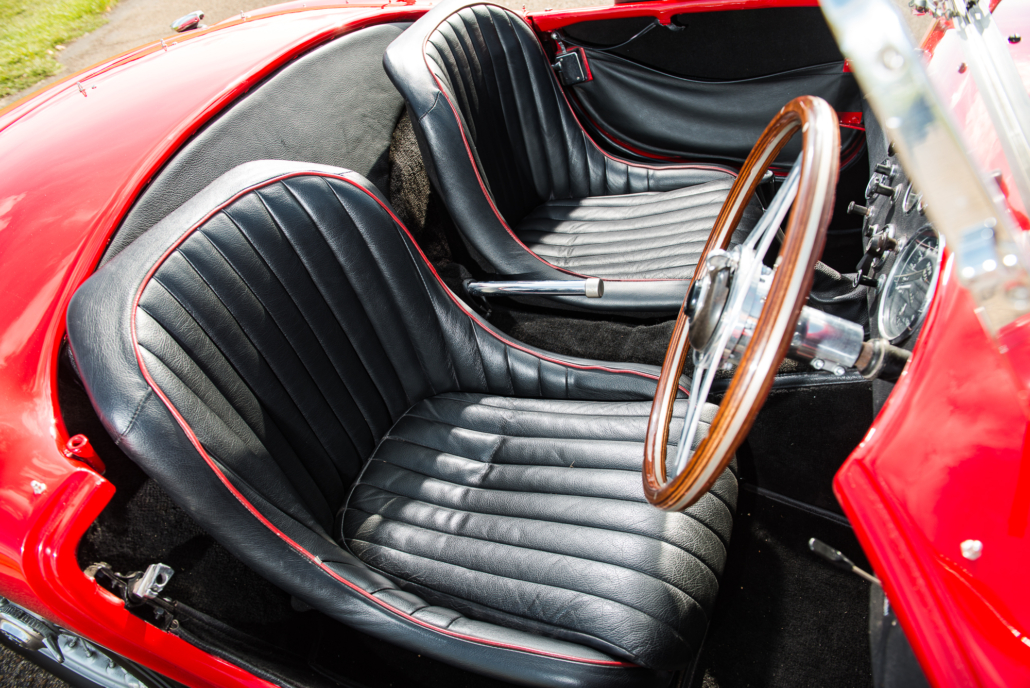 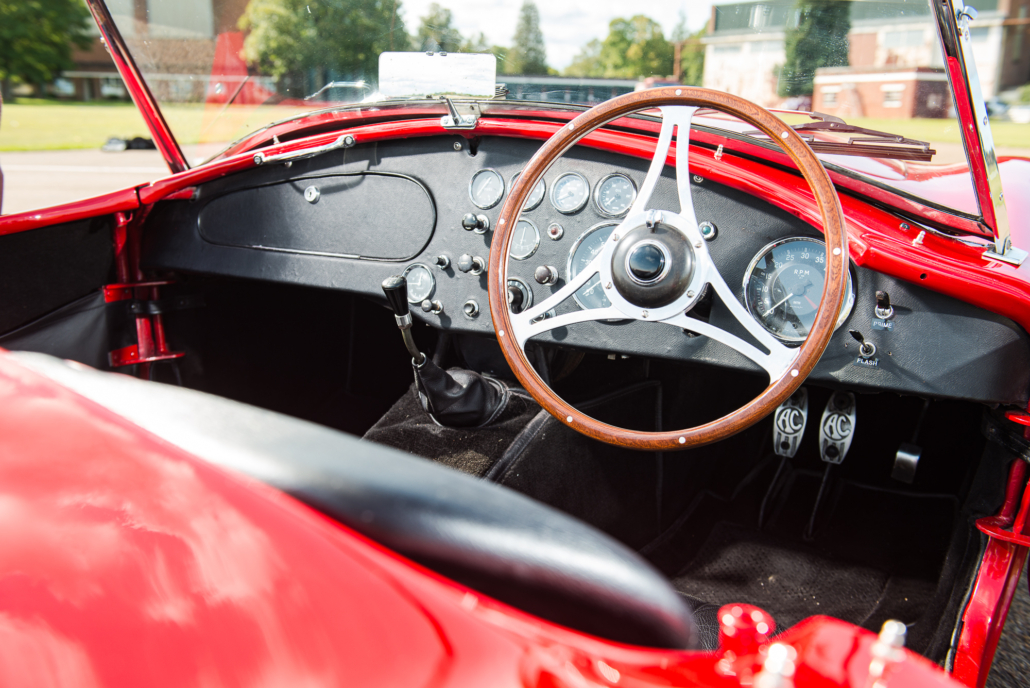 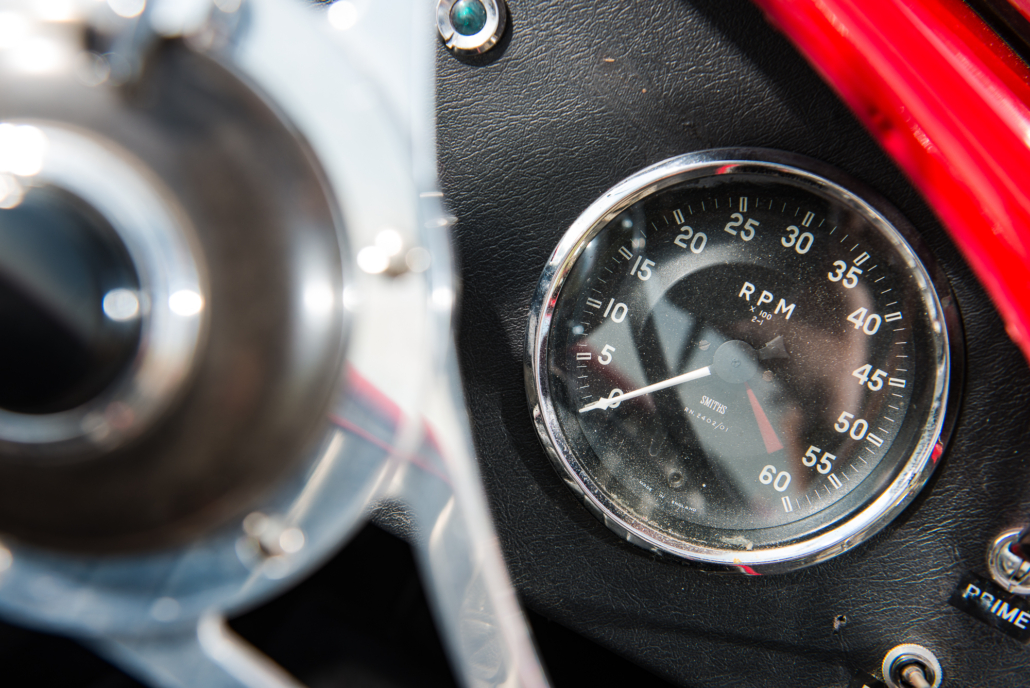 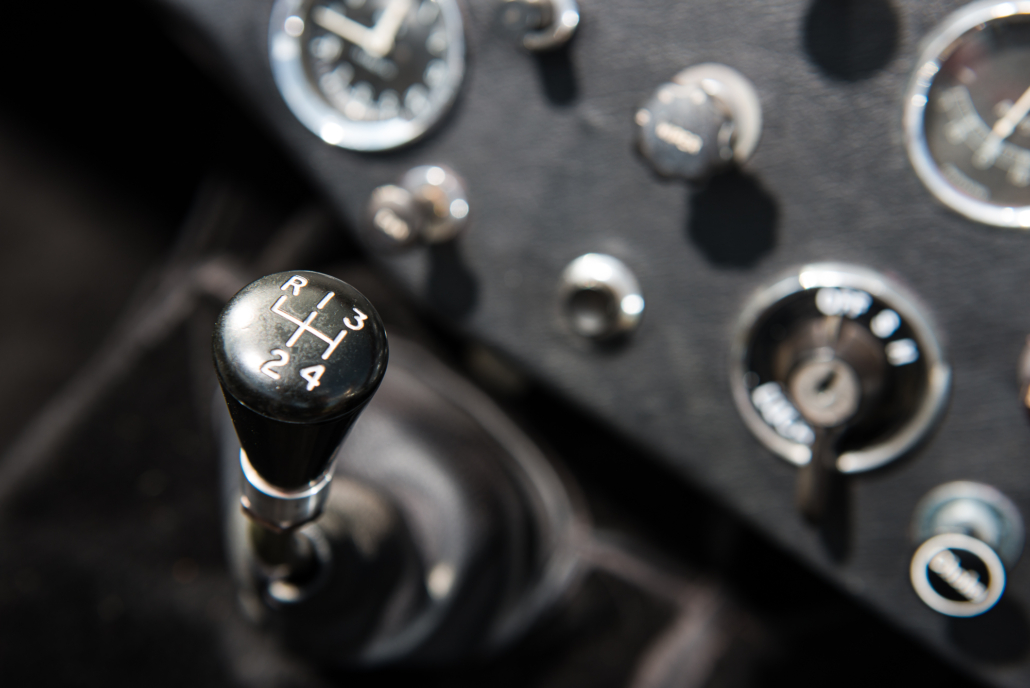 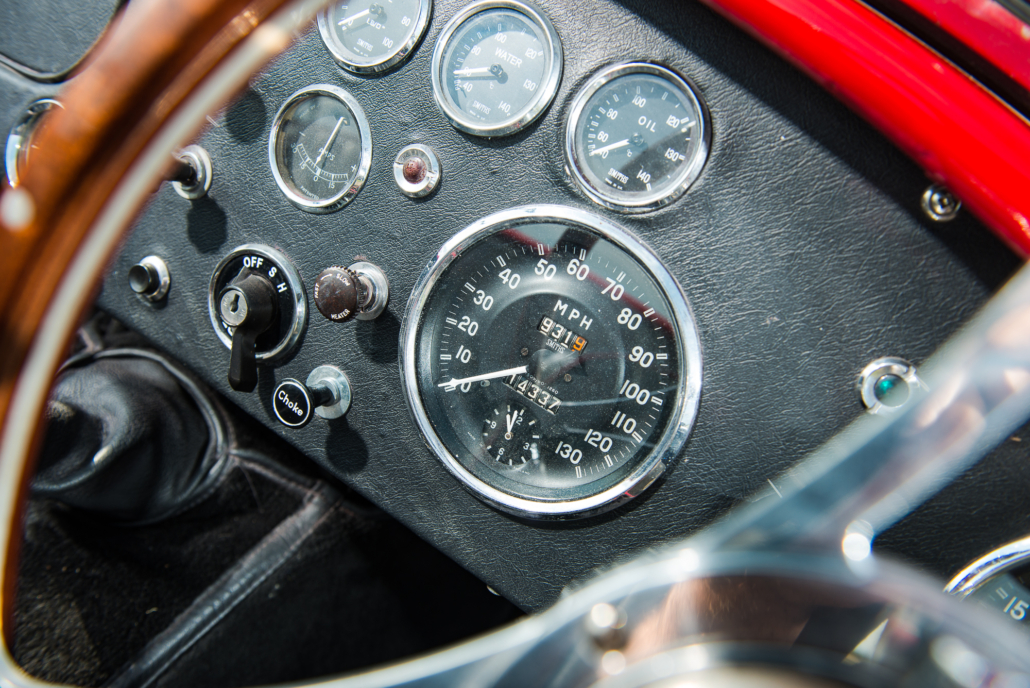 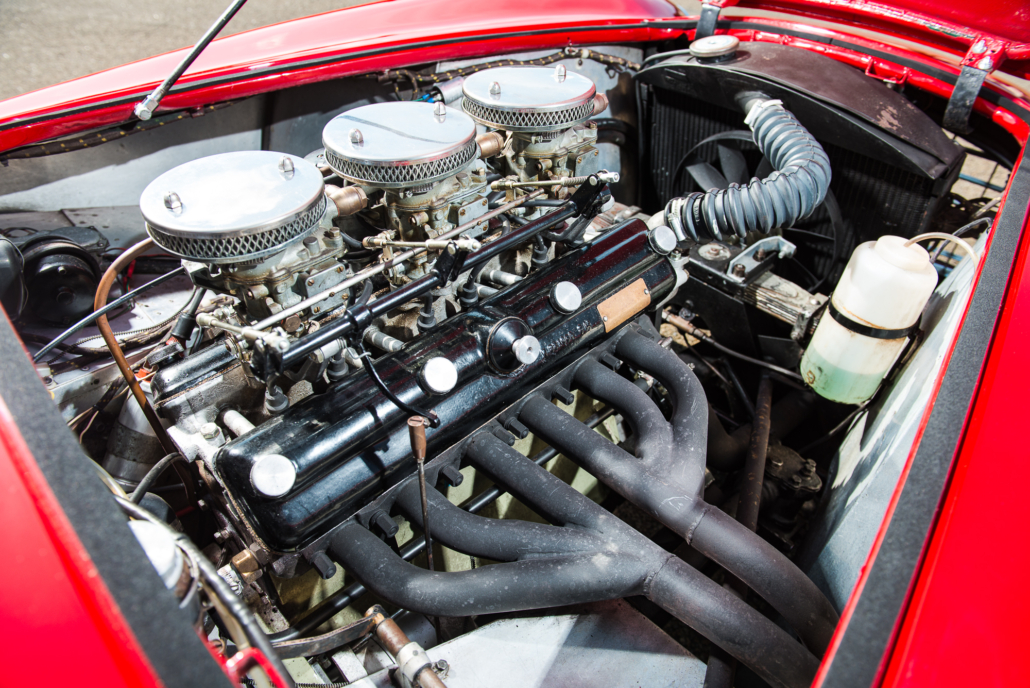 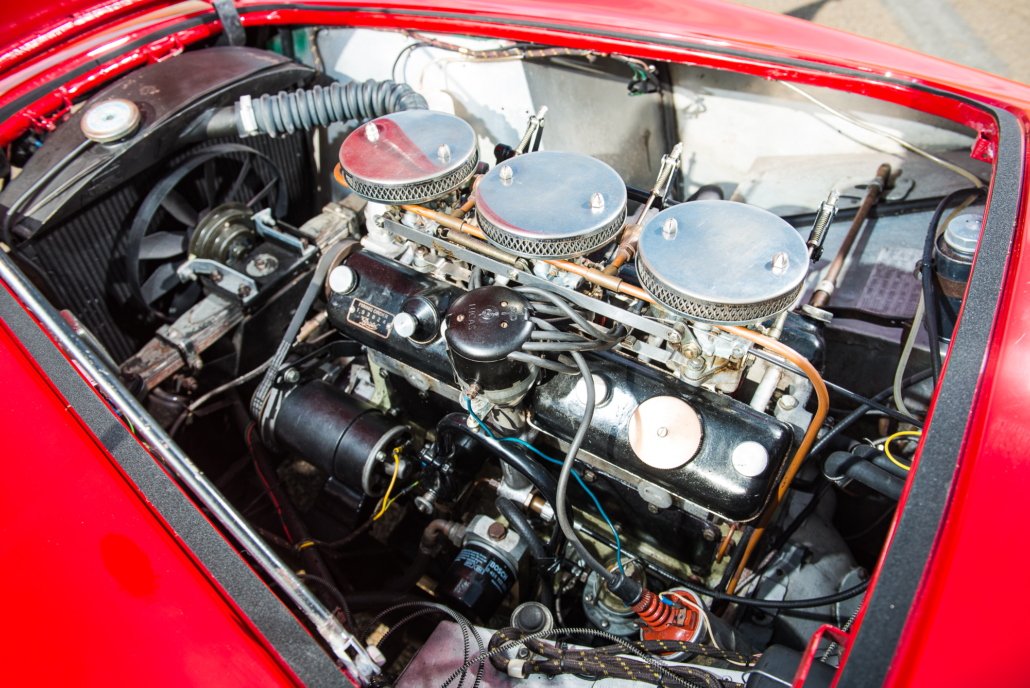 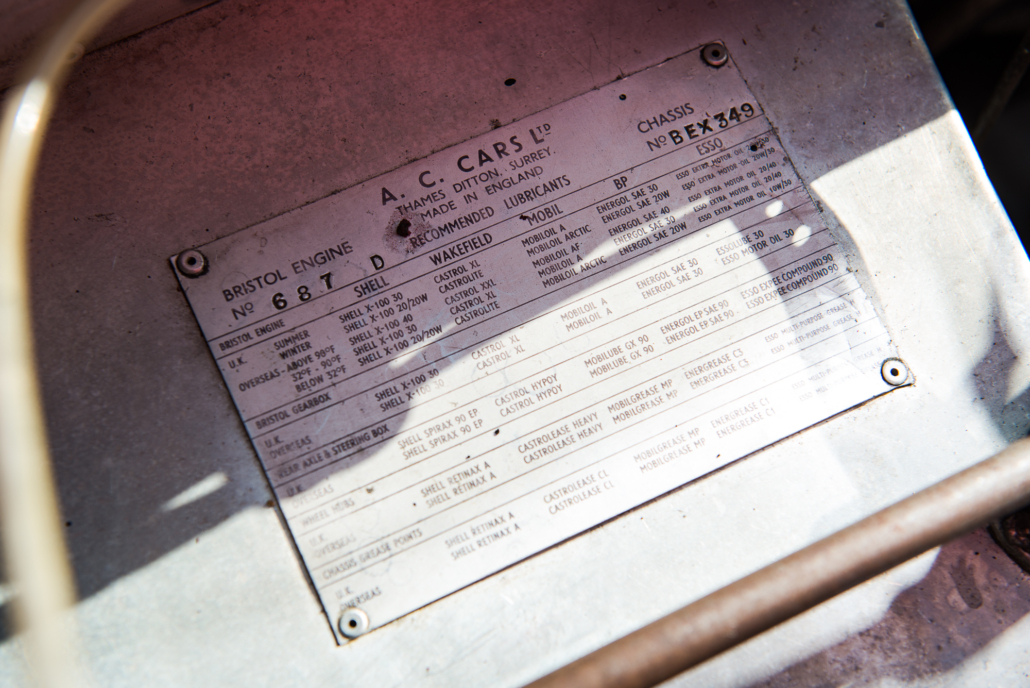 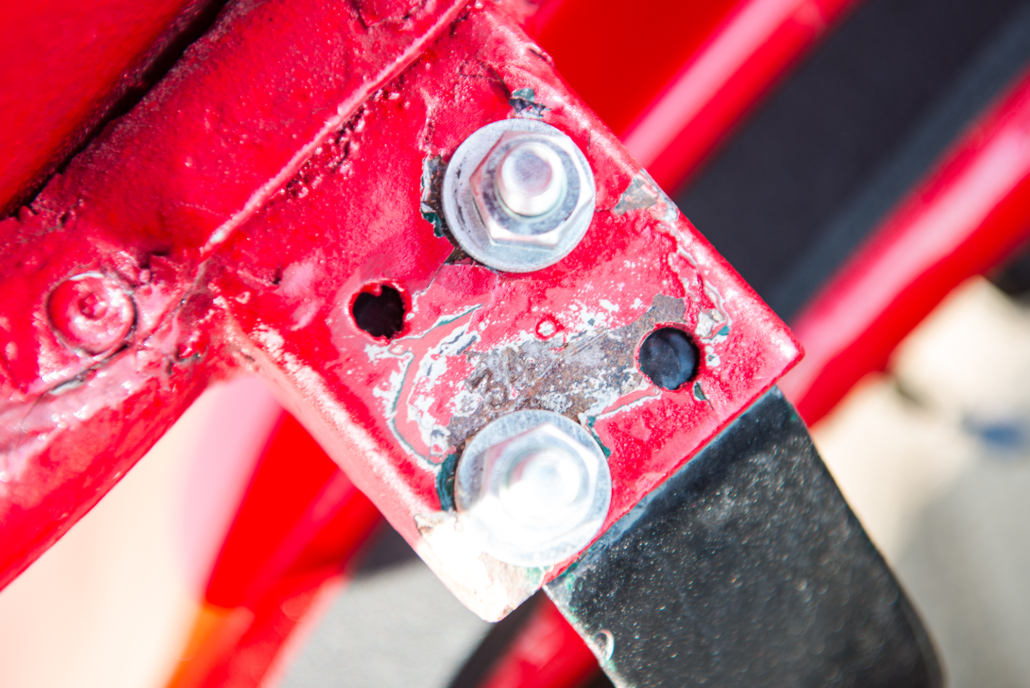 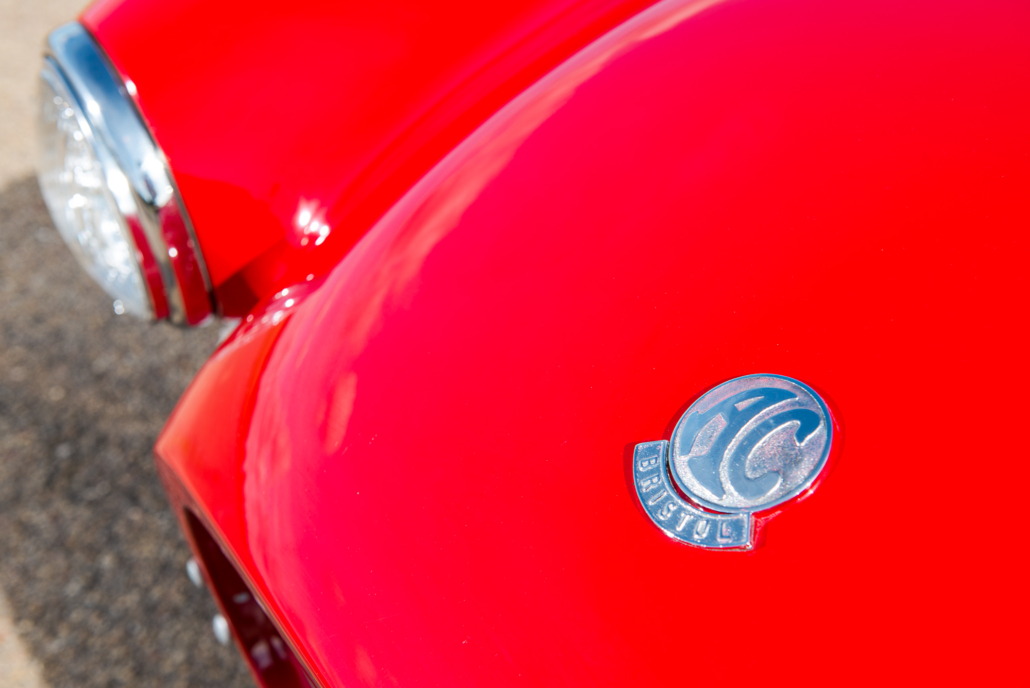 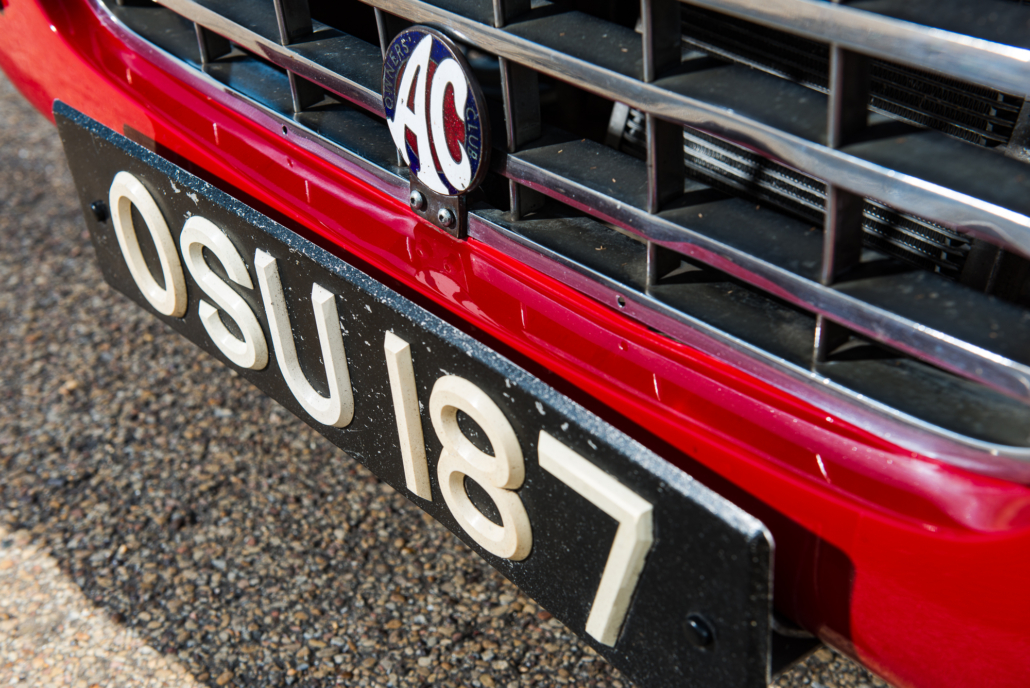 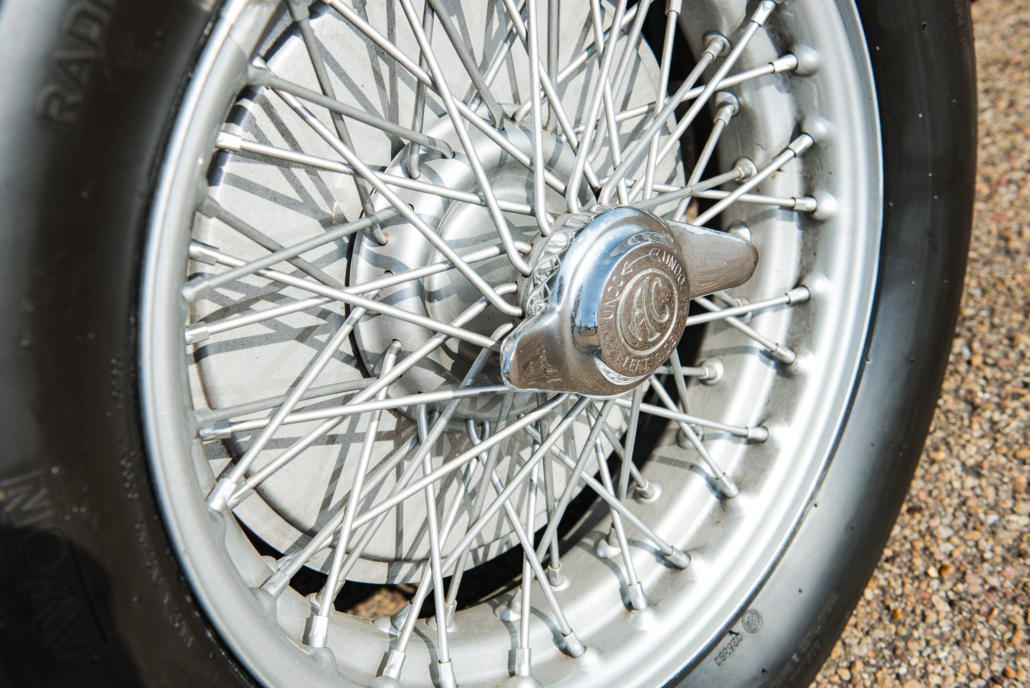 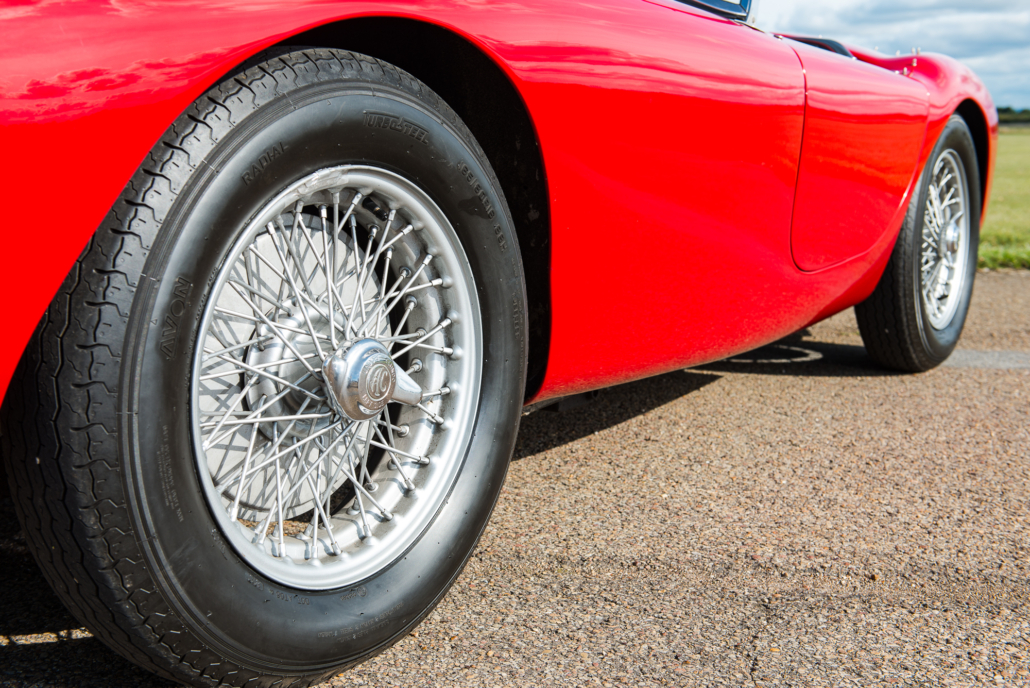 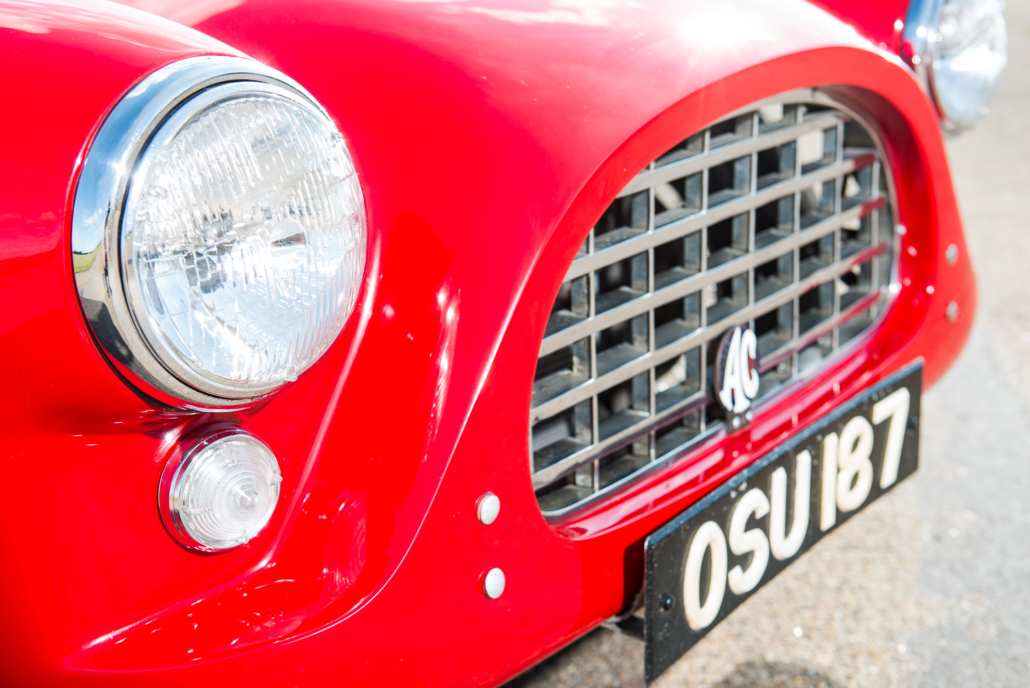 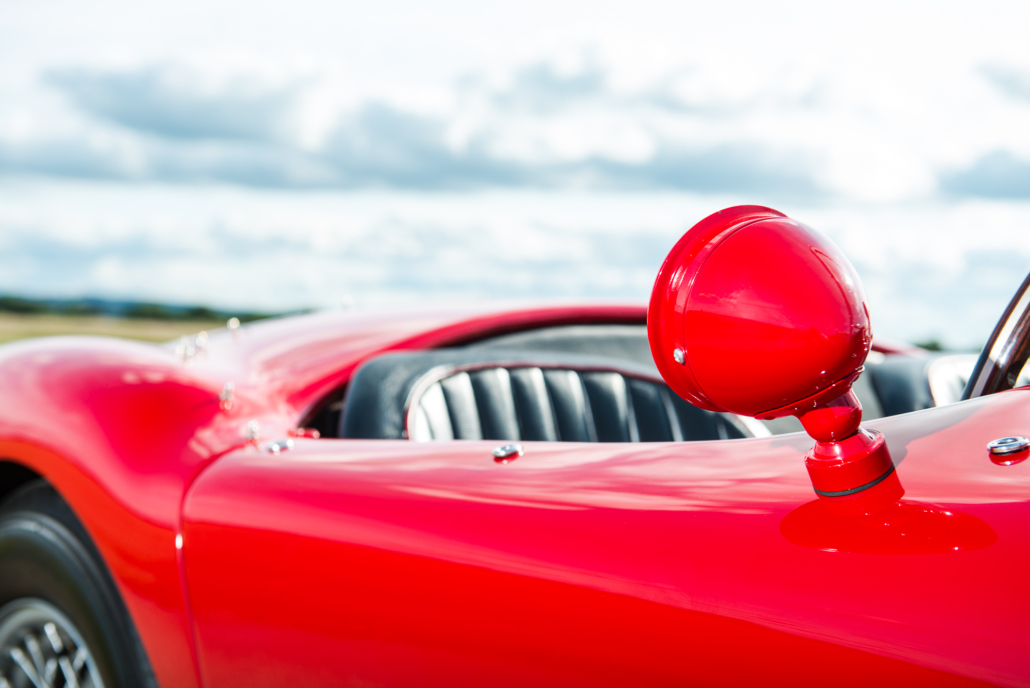 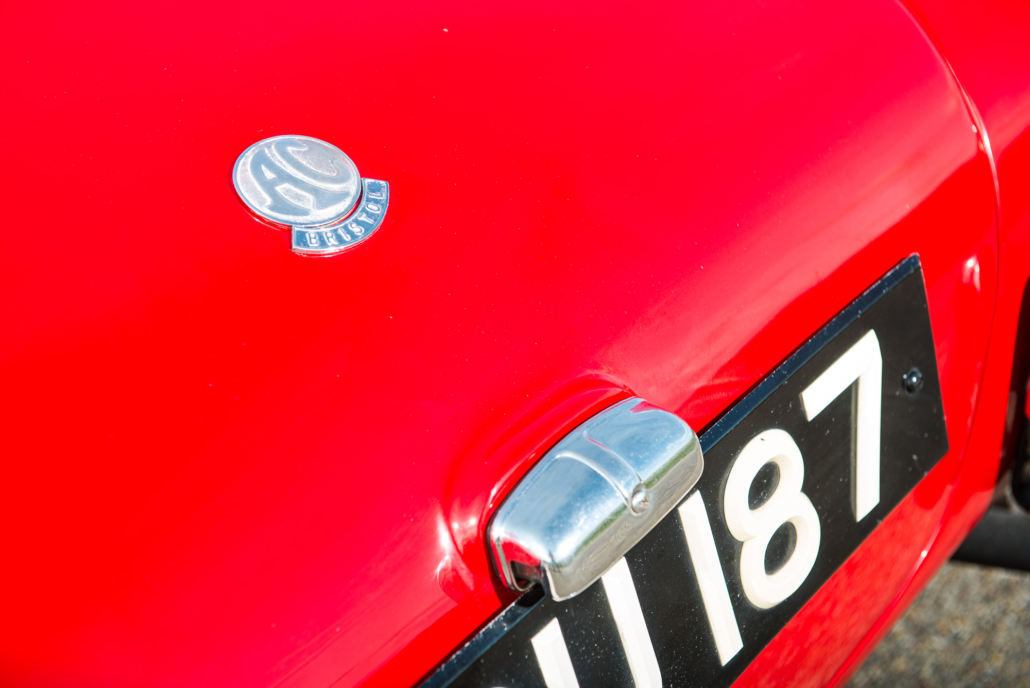 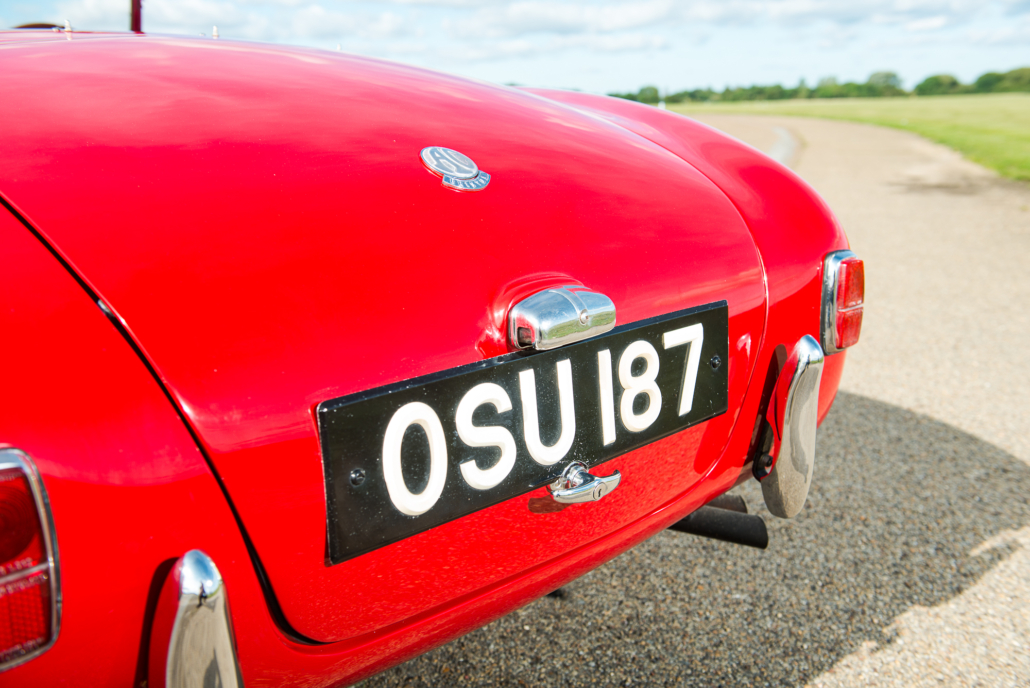