Over the winter of 1957-58 Aston Martin’s racing department developed a new Formula 1 car, to run alongside their successful DBR1 sports racer. The design conformed to the traditional Grand Prix configuration of a front-engined, rear-mounted gearbox-cum-final-drive assembly. Feltham was to look the dominant Maserati 250F in the eye.

Four of these DBR4/250 Formula 1 cars were built with names such Roy Salvadori and Carroll Shelby piloting them during that 1959 season. Salvadori achieved a notable 2nd place in the BRDC International Trophy race at Silverstone, but the programme was cut short to finance, and focus on, the Sports Car World Championship. In retrospect, we all know this was a wise choice. 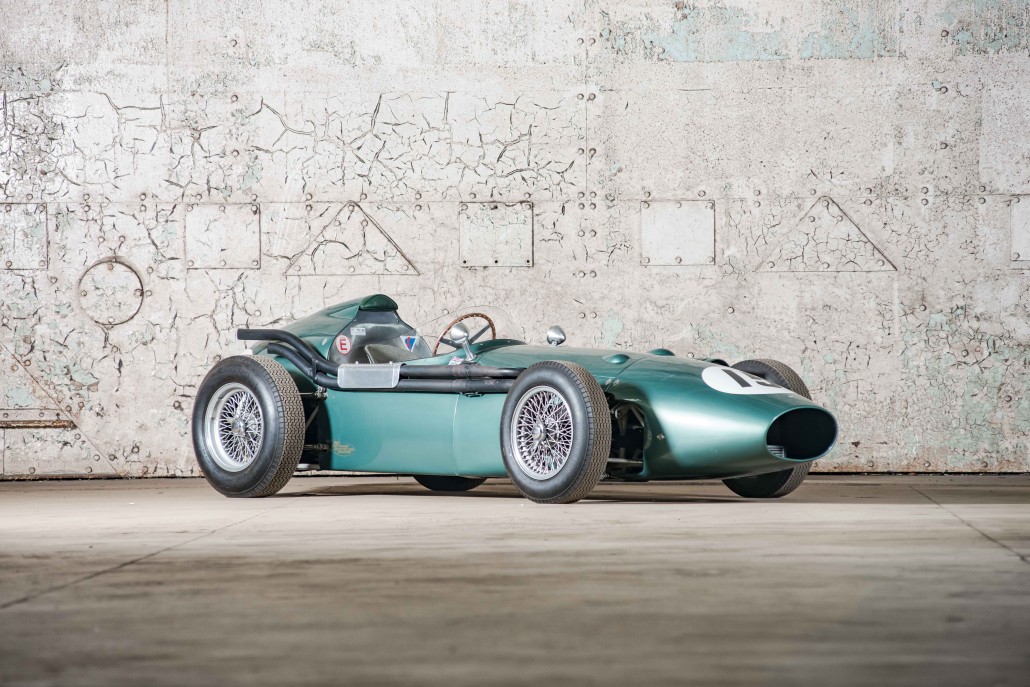 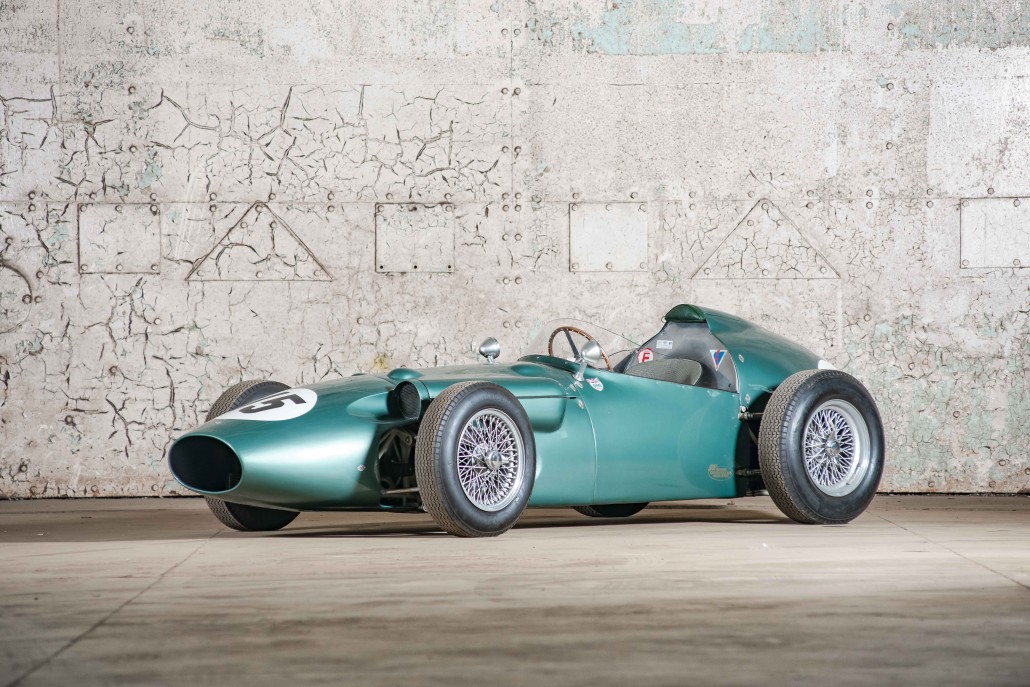 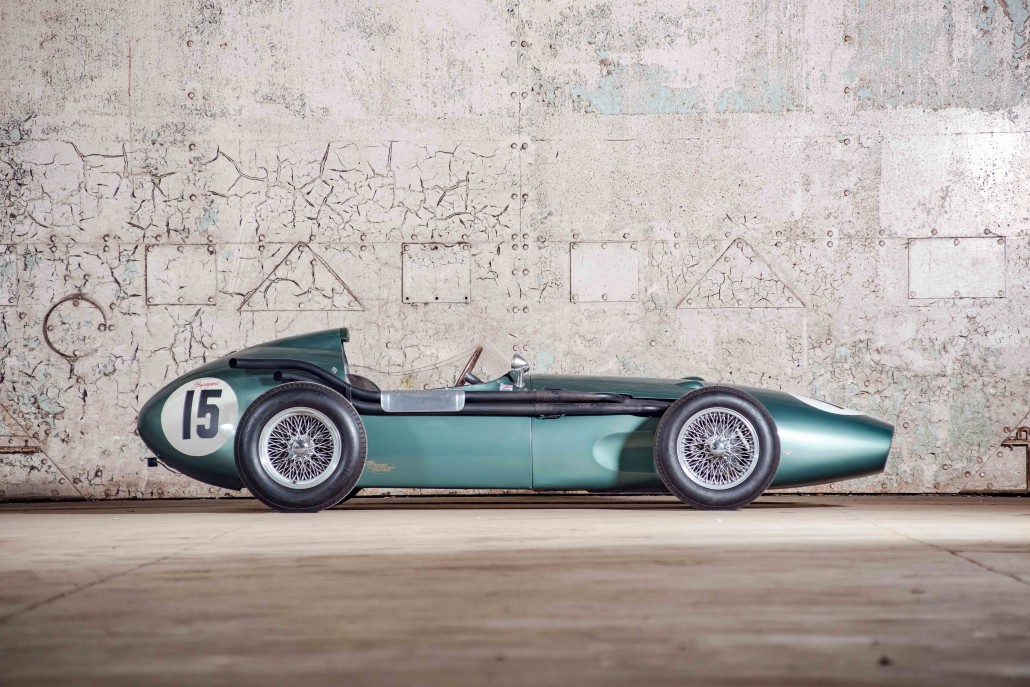 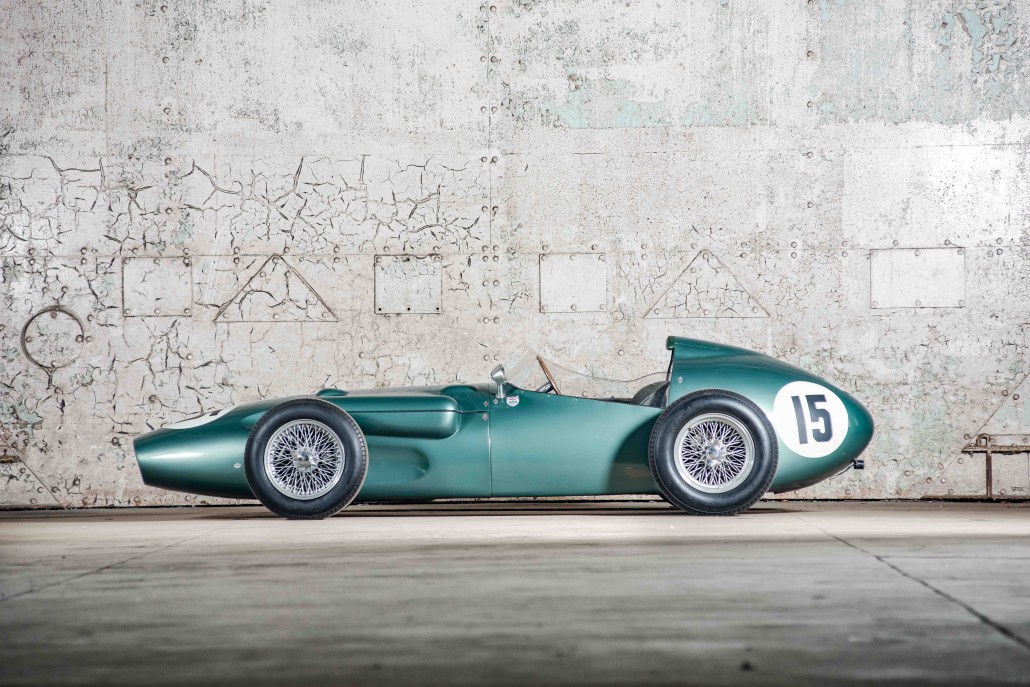 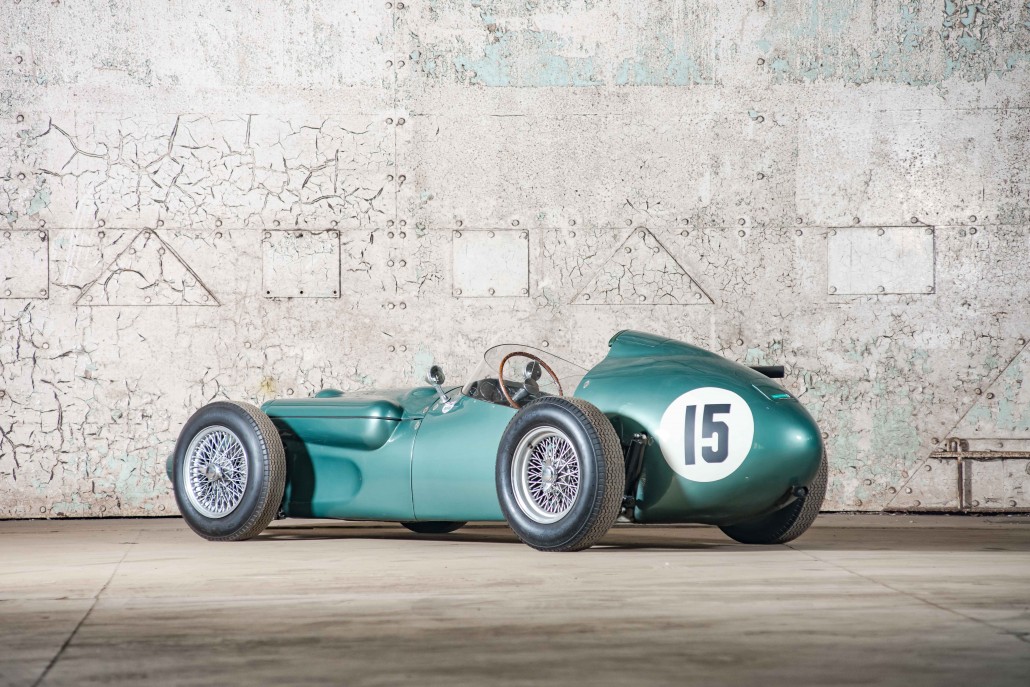 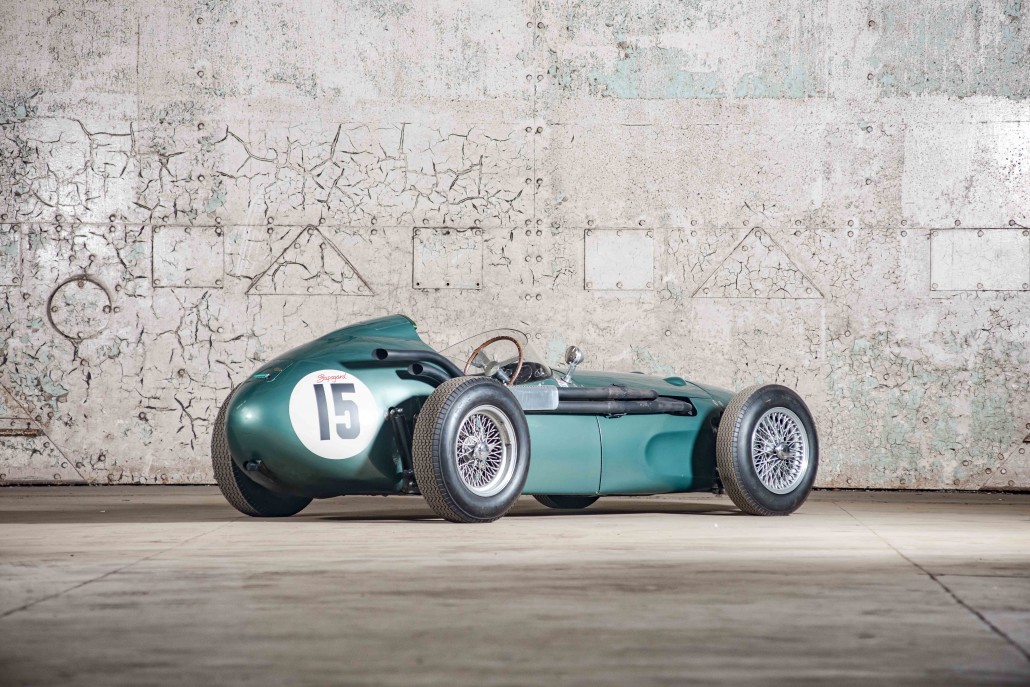 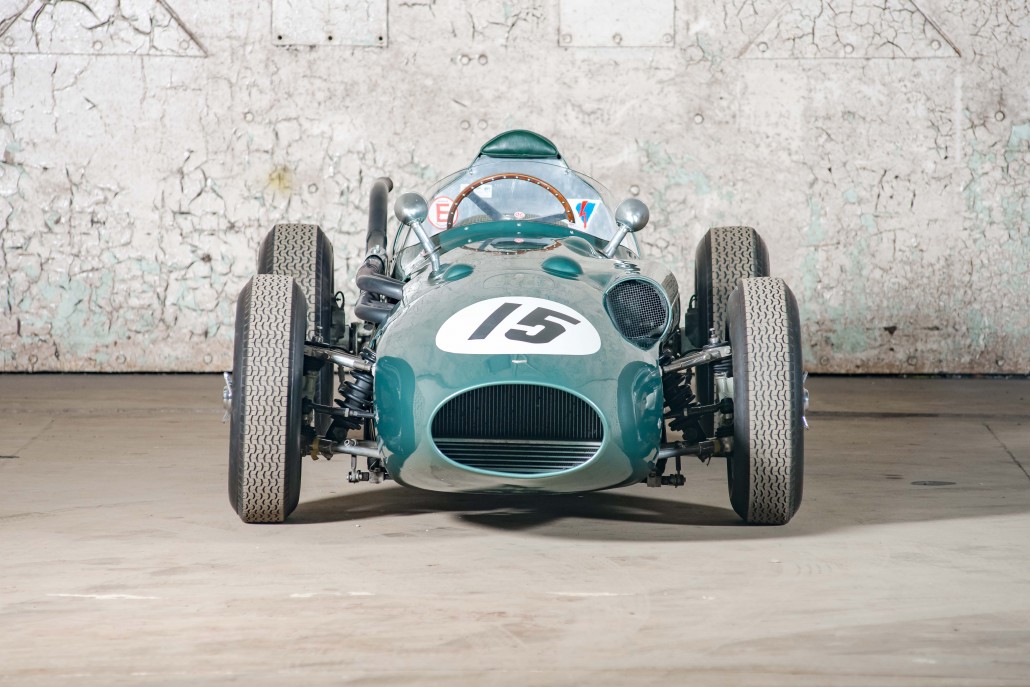 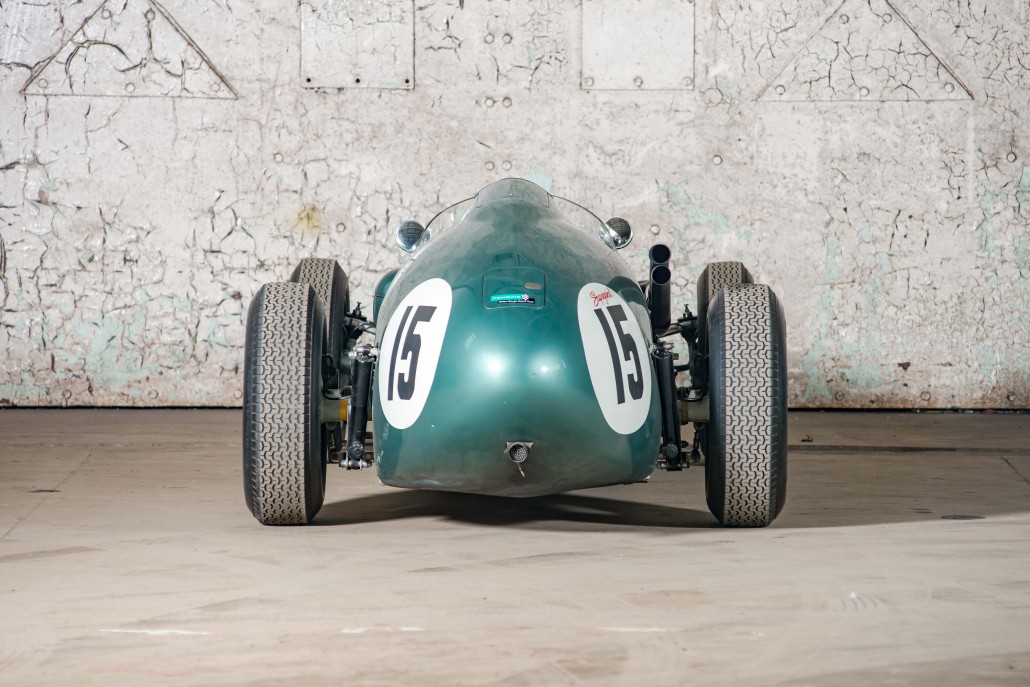 At the same time, the Specialist Car Division of Marsh Plant also owned the 1959 Le Mans-winning DBR1, and after it was sold Geoffrey Marsh discussed with the Vintage Sports Car Club a new project. He wanted to recreate DBR4/2, which had been broken up by the factory in period. His Specialist Car Division had a myriad of original components, including a 2½-litre Formula 1 engine, 95-degree cylinder head and David Brown transaxle, collected during Marsh Plant’s campaigning of both DBR 1/300 and DBR4/1.

This is that car. 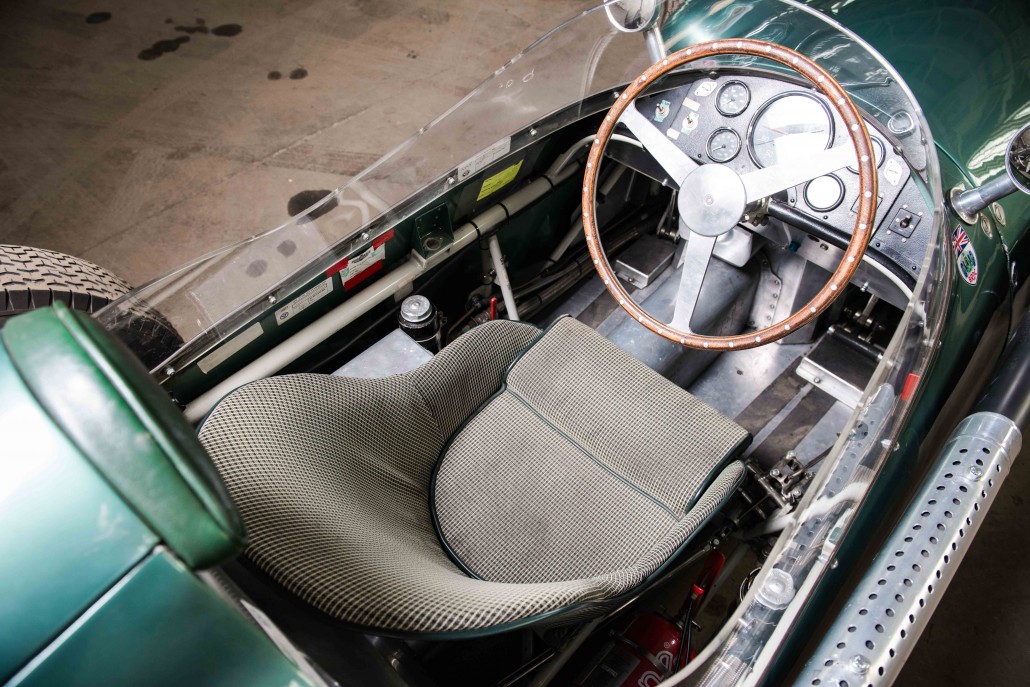 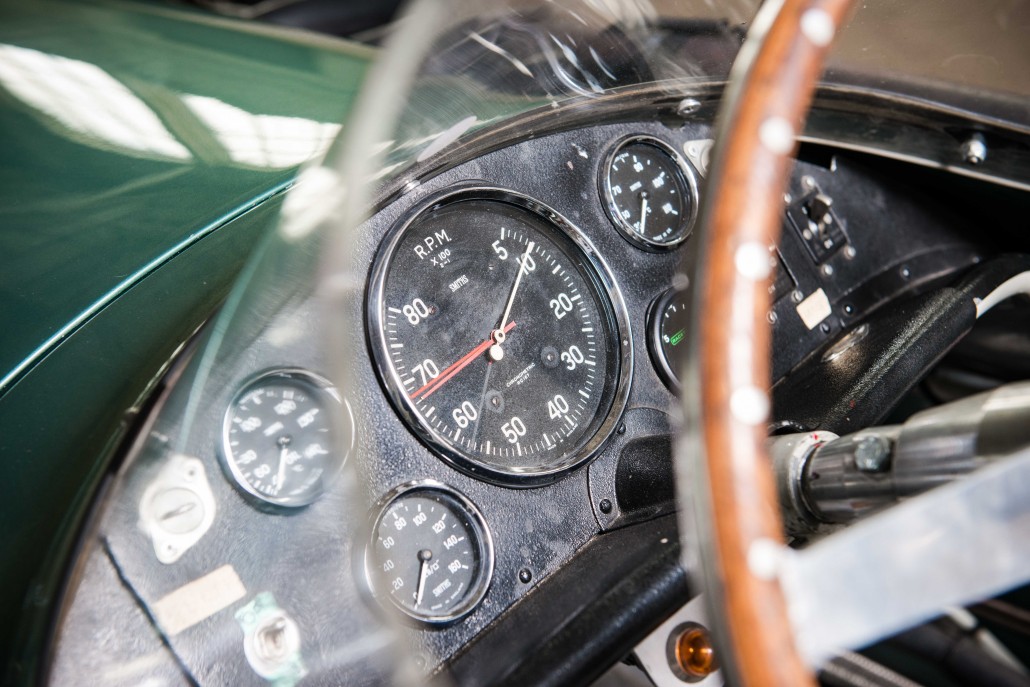 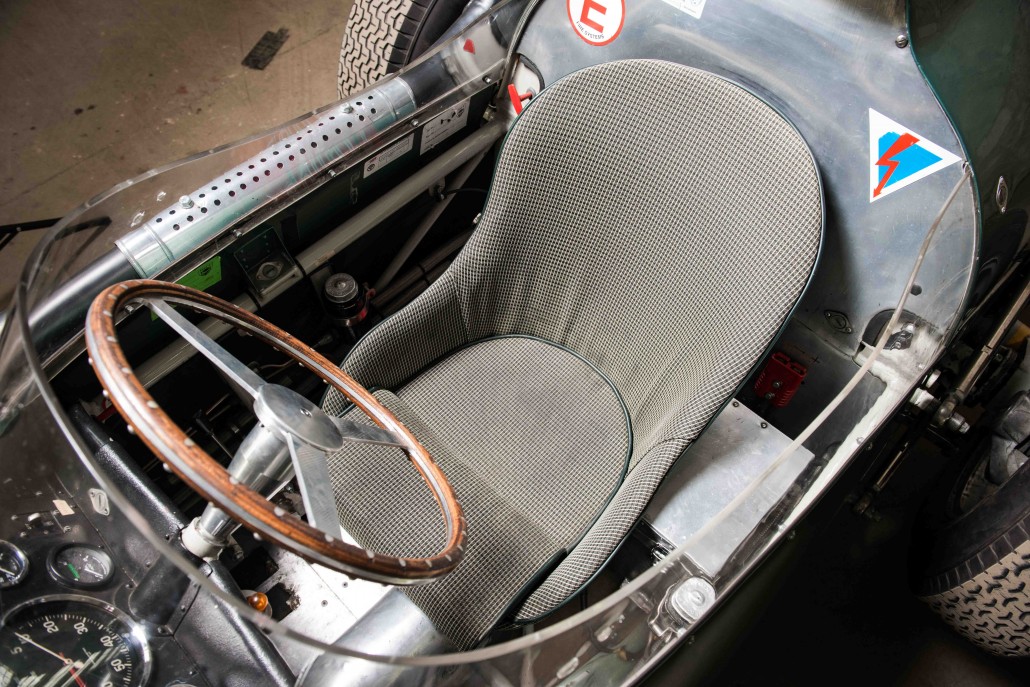 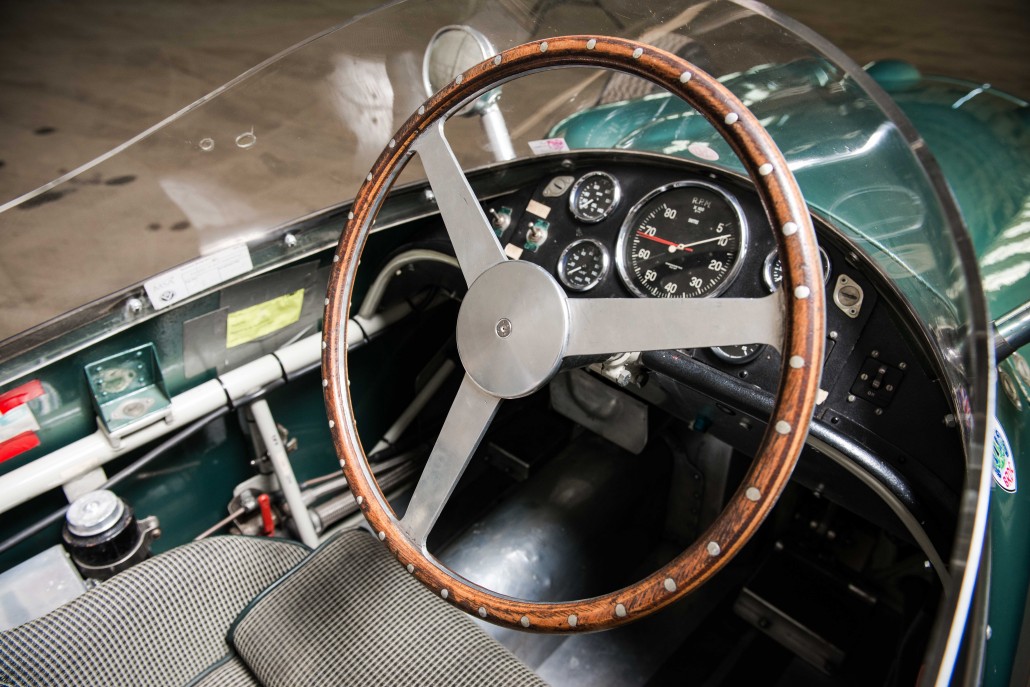 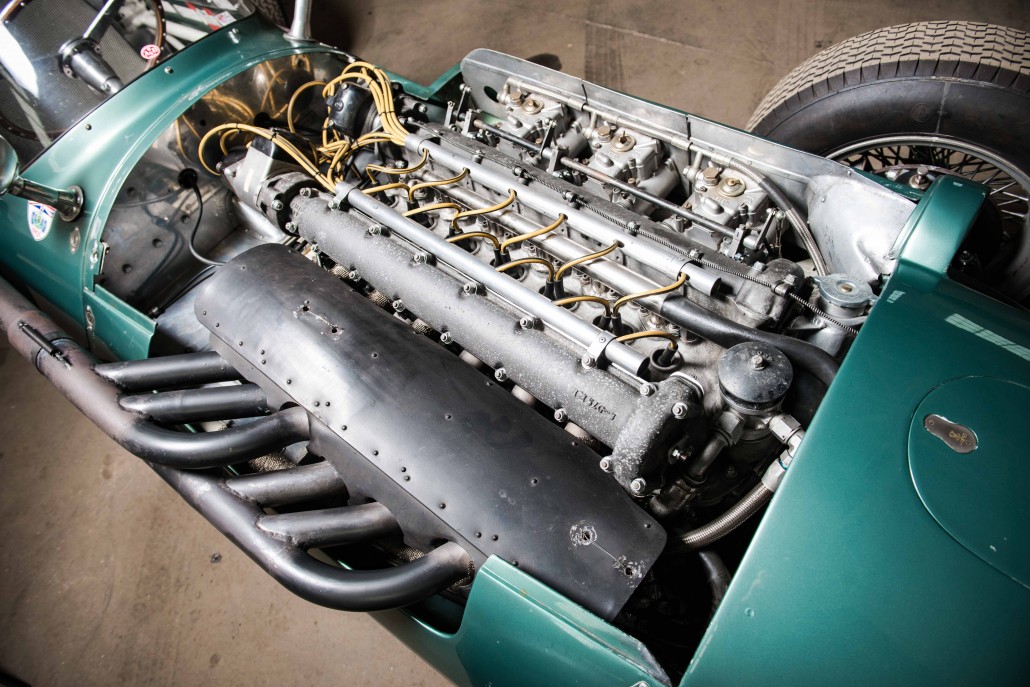 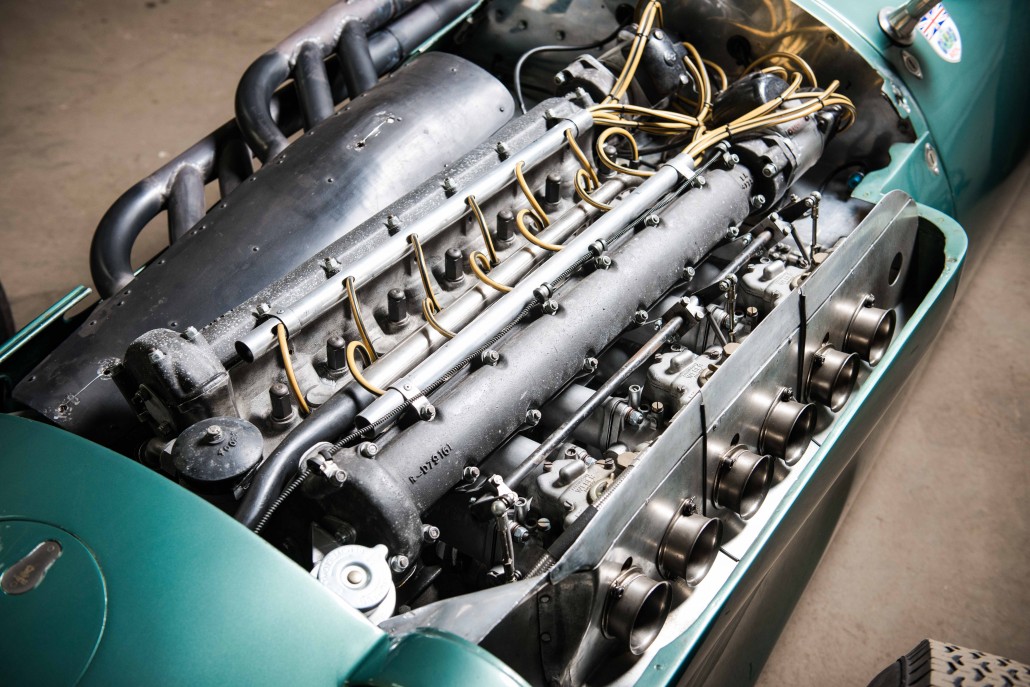 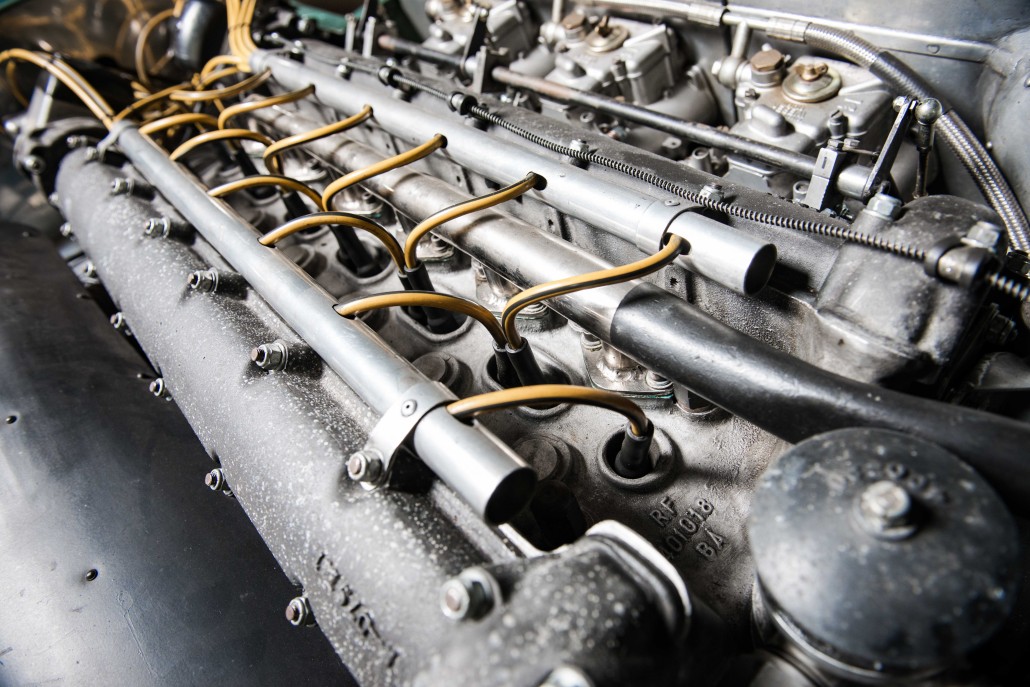 When first completed, it fired into life in Marsh Plant’s Havant workshops in 1982, and the VSCC accepted it as a Group IV Historic Racing Car that September. Later that year, the Aston was test run at Goodwood with good results.

On Sunday 14th October 1984 this Aston ran in the ‘Streets of Birmingham’ Historic event, alongside its older sister – ‘DBR4/1′ – the exceedingly handsome pair of front-engined Aston Martin Formula 1 cars being driven, respectively, by the former works team’s 1959 Le Mans-winning driver pairing of Roy Salvadori and Carroll Shelby. Soon after, the car was sold to John Pearson from whom it passed to the previous owner, in whose hands it was preserved and dismantled.

This single seater was acquired by the current owner as a complete, disassembled project. All the significant mechanical components were present, as well as the multi-tubular spaceframe chassis and body. The principal engine components, including the crankcase/block, cylinder head, pistons, con-rods, cam covers, etc accompanied the project. Also included was the rare DBR1 and /4-type David Brown transaxle gearbox, suspension wishbones, links, uprights, anti-roll bars, de Dion tube, and even the fully instrumented dash panel, wood-rimmed steering wheel, fuel and oil tanks, Borrani wire-spoked lightweight racing wheels, centre-lock knock-ons, plus a large quantiy of small detail fittings and fixtures. It is believed that a significant proportion of the body panels forward of the cockpit are period Aston Martin originals, acquired via former owner the Hon Patrick Lindsay. Marsh Plant’s own specialists made the aluminium tail section new in the 1980s.

The Aston was restored over the next three years by Beaufort Restorations with input from various marque specialists at a cost of £170,000 . A large history file documents the work completed. Returning to the racetrack at the Nürburgring in August 2004, it went on to win at Oulton Park later that month with Barry Williams driving. In September 2004 the car competed at the Goodwood Revival Meeting and then Donington Park, retiring due to engine issues. Following a rebuild (in consultation with Jim Stokes) the Aston resumed raceing, competing at Donington Park in 2006 and 2007, and the Goodwood Revival Meeting in ’07. Since then it has returned to Goodwood twice, in 2009 and 2010. More recently, it has been raced by John Clark and maintained by Sid Hoole, while the owner himself drove it at Goodwood in 2013 and again at the 72nd Members’ Meeting in 2014. Now over 30-years old, this is a very well documented reconstruction of an important front-engined Grand Prix car and will be supplied with a new set of HTP papers. 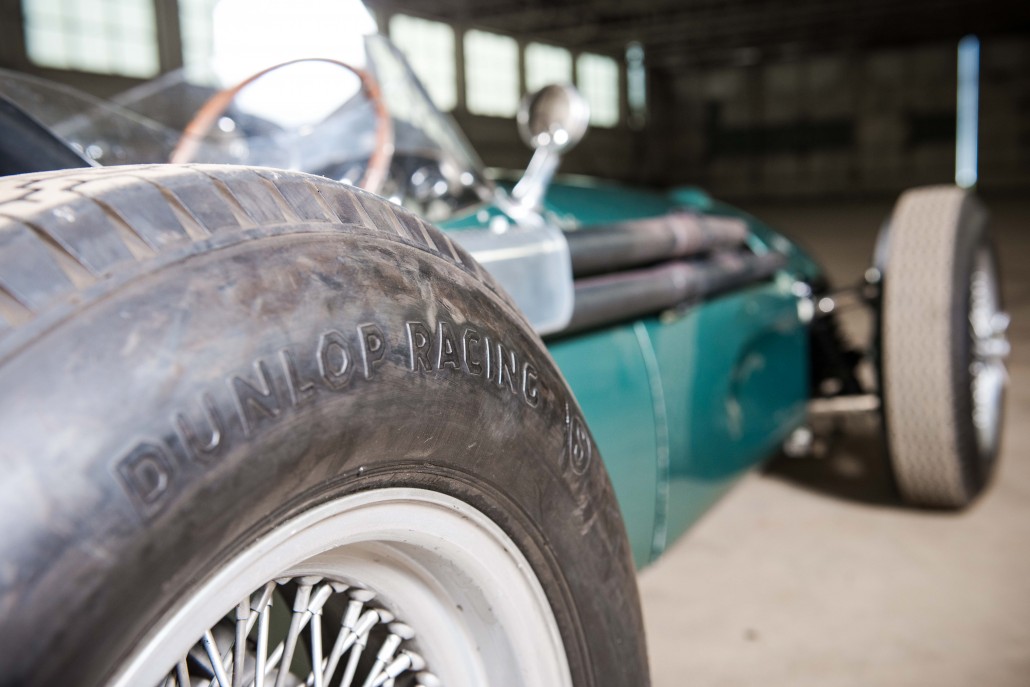 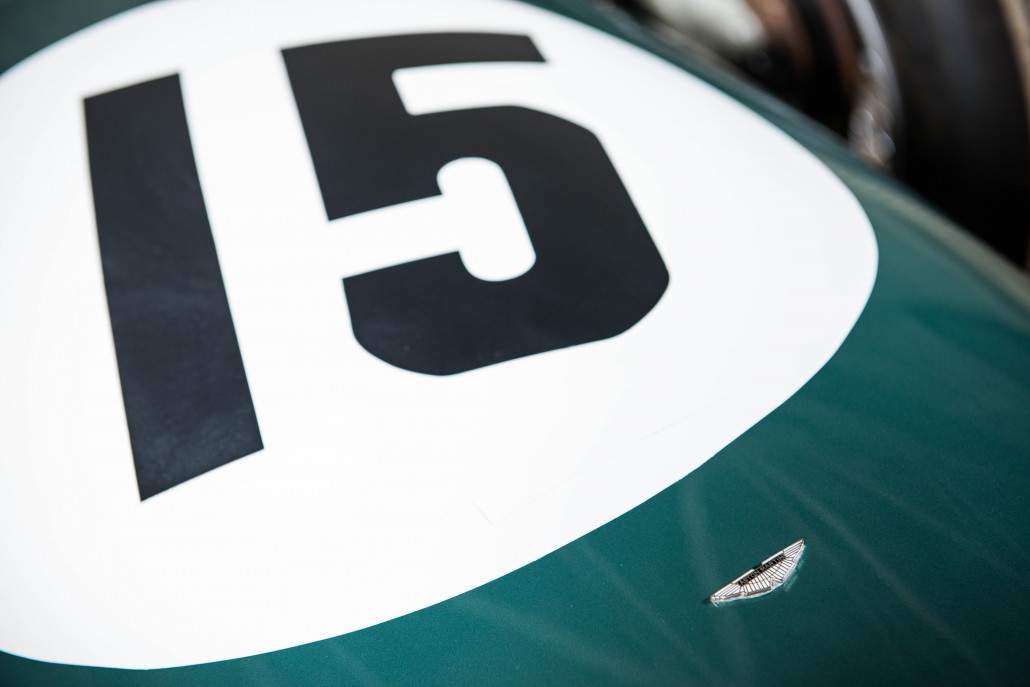 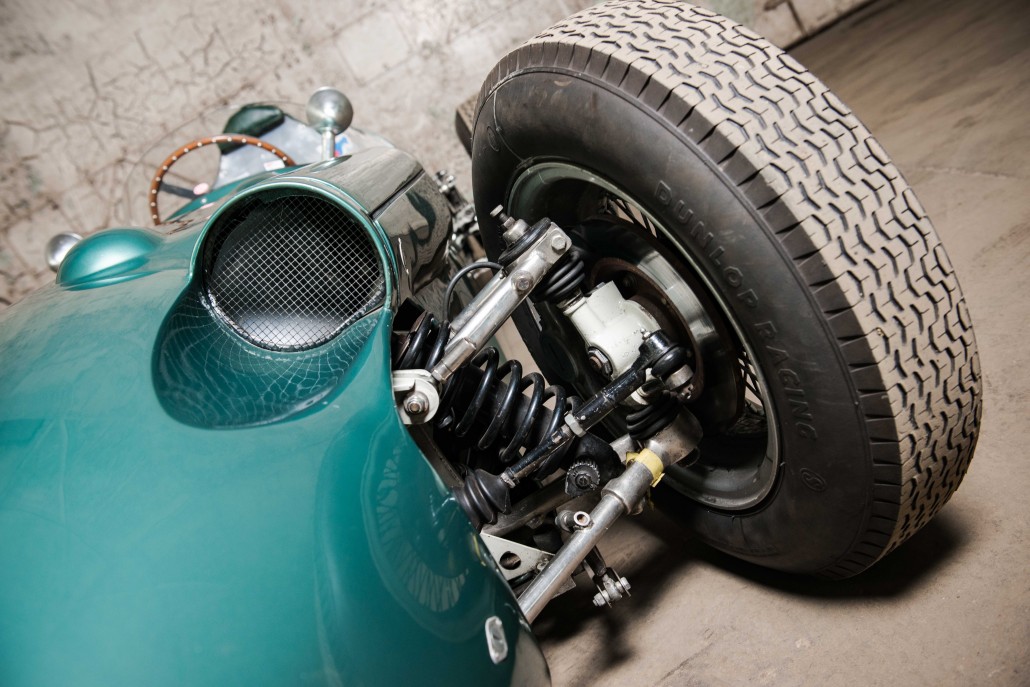 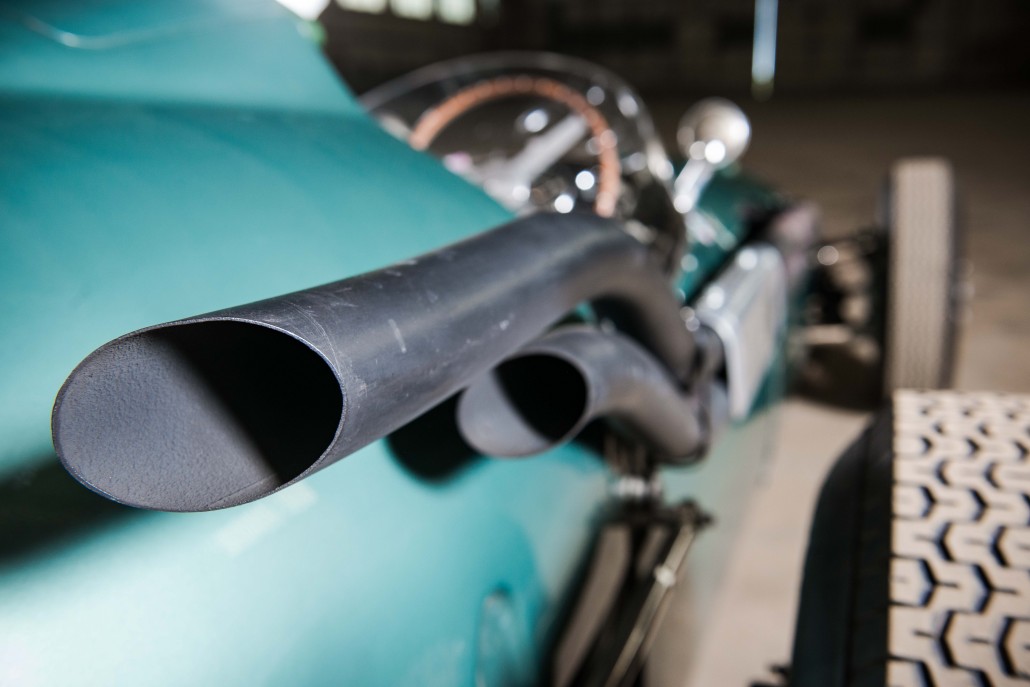 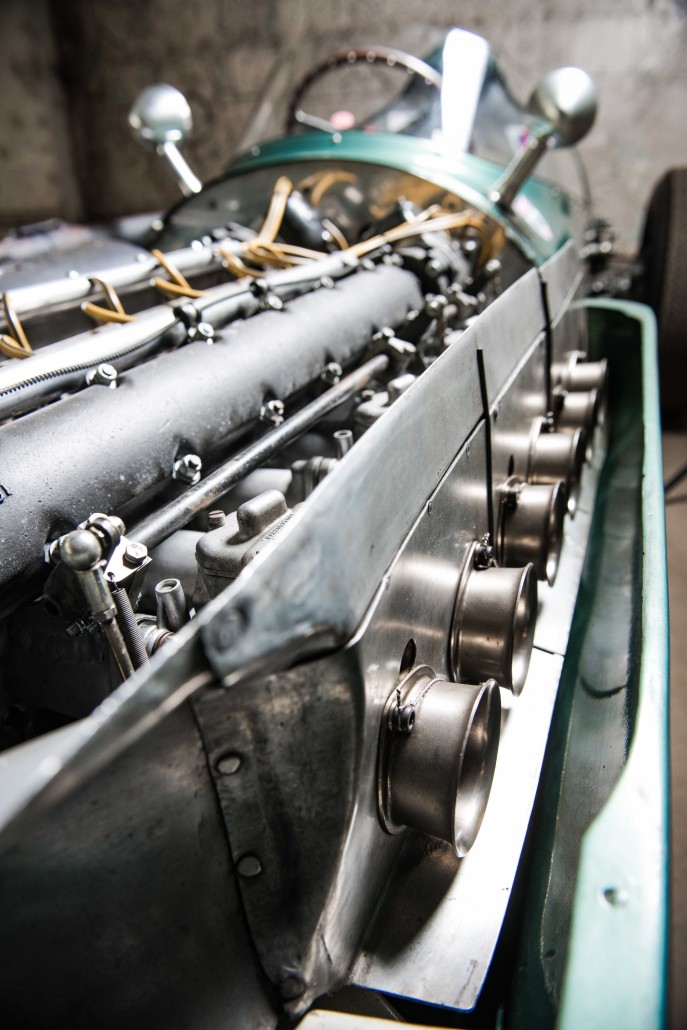