The backstory to the Alfa Romeo SVZ is one that could only have happened in one particular place at one particular time; in Italy, in the heyday of Italian motorsport. Massimo Girolamo Leto di Priolo was an enthusiastic gentleman racer who took delivery of his Alfa Romeo Giulietta Sprint Veloce in May 1956. Four days later, he drove his new car on the Mille Miglia, where he suffered the misfortune of crashing it into a riverbed. It turned out that to have the car repaired by Alfa Romeo was really quite expensive, so Leto di Priolo had the bright idea of taking the remains to Zagato, who cut the wrecked panels off the floorpan and fashion a new body in its place. The SVZ was born. The restyled Sprint Volace was both lighter and more aerodynamic, immediately making it very competitive against the factory produced competition Giuliettas. Unsurprisingly, this didn’t go unnoticed by his fellow competitors, as well as Alfa Romeo who introduced the Giulietta SZ as a result of the SVZ success.

Following this remodelling for Leto di Priolo, a further 15or so customer order cars were similarly rebodied, each tailored to the requirements of the client. At least three were produced with the trademark Zagato ‘double bubble’ roof, considered today to be the most valuable and desirable of them all.

This car, chassis Number 04045, left the Alfa Romeo factory in 1957 as a regular Bertone bodied Giulietta Sprint Coupe and was exported to Switzerland, the history file suggesting it was rebodied there in 1960. She returned to Italy in July 1975, remaining there until the late 1990s when its new owner took it to Portugal, rallying it extensively. FIA papers from the period are on file. In 2014, via Belgium, an English racer bought it and set about preparing it for circuit racing. Firstly the incorrect, rally tuned 1750 engine was removed and a correct, period 1290cc Giulietta engine was sourced from specialists ‘Classic Alfa’, who had built it with a gas flowed head, hardened valve seats, forged pistons, steel rods and race cams. At the same time, it was repainted Gardenia White. Since then, he has raced the little Alfa extensively, with some notable success. Current HTP papers are dated until 2028.

There is so much one can do with this beautiful Alfa Romeo – FISCAR, AMOC ‘50s Sports Cars, MGCC Iconic ‘50s, along with the ever popular Equipe Classic Racing Pre ’63. This doesn’t include the wealth of road events it would also thrive on. A superb little racer with a joyful soul. 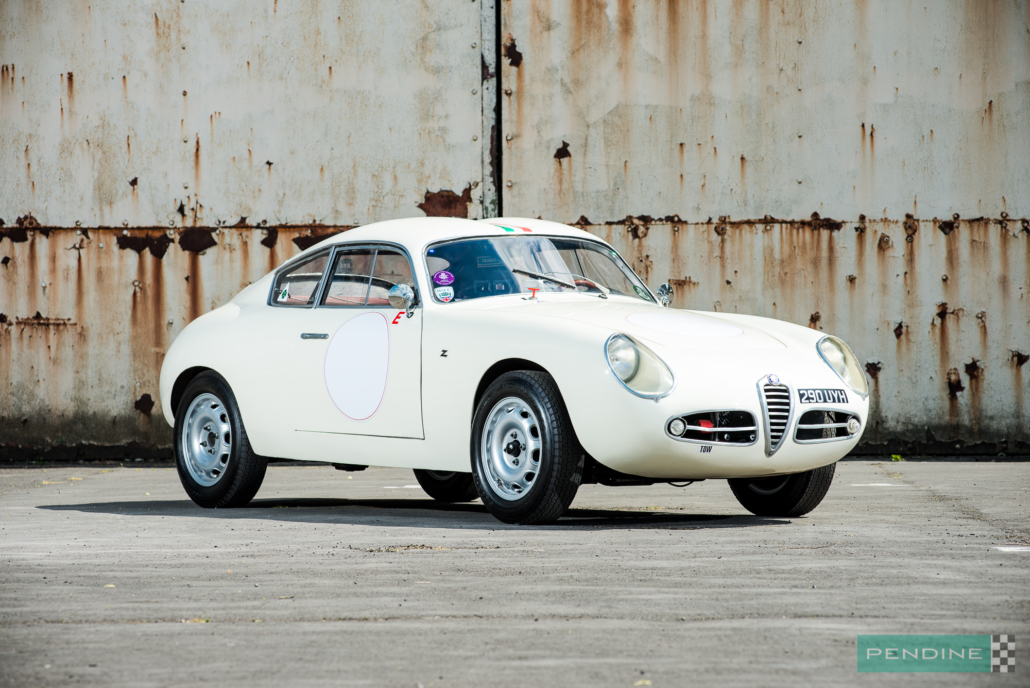 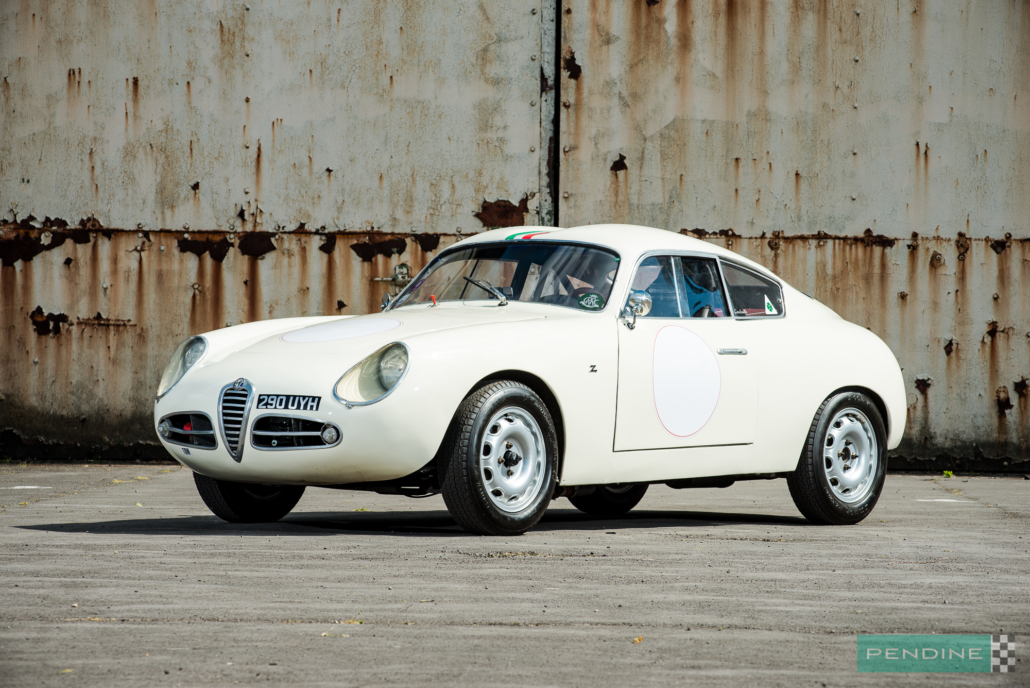 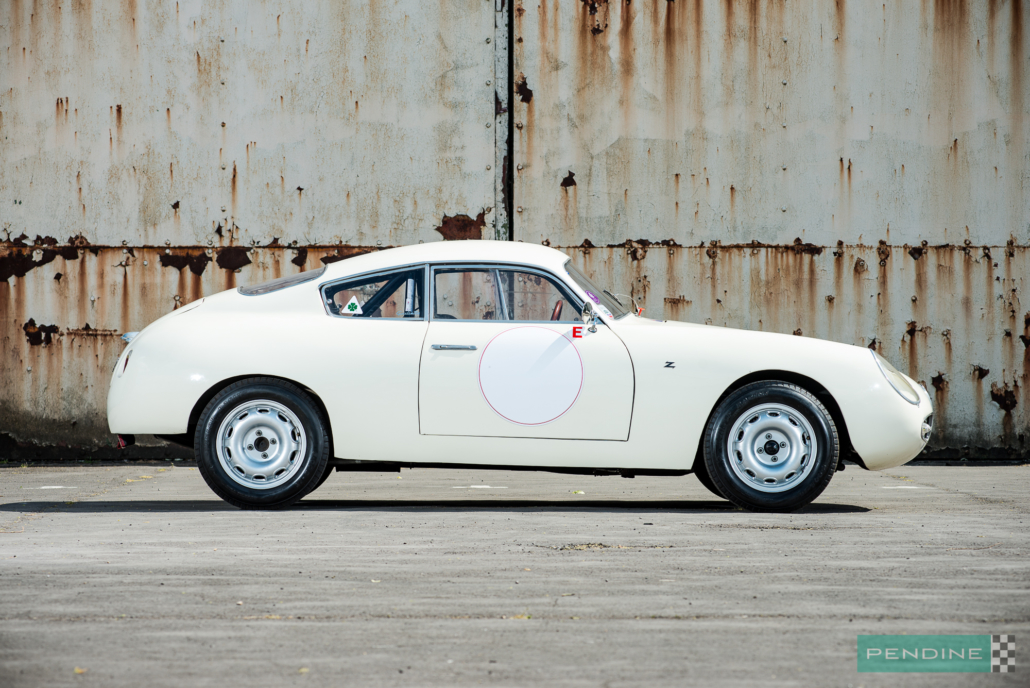 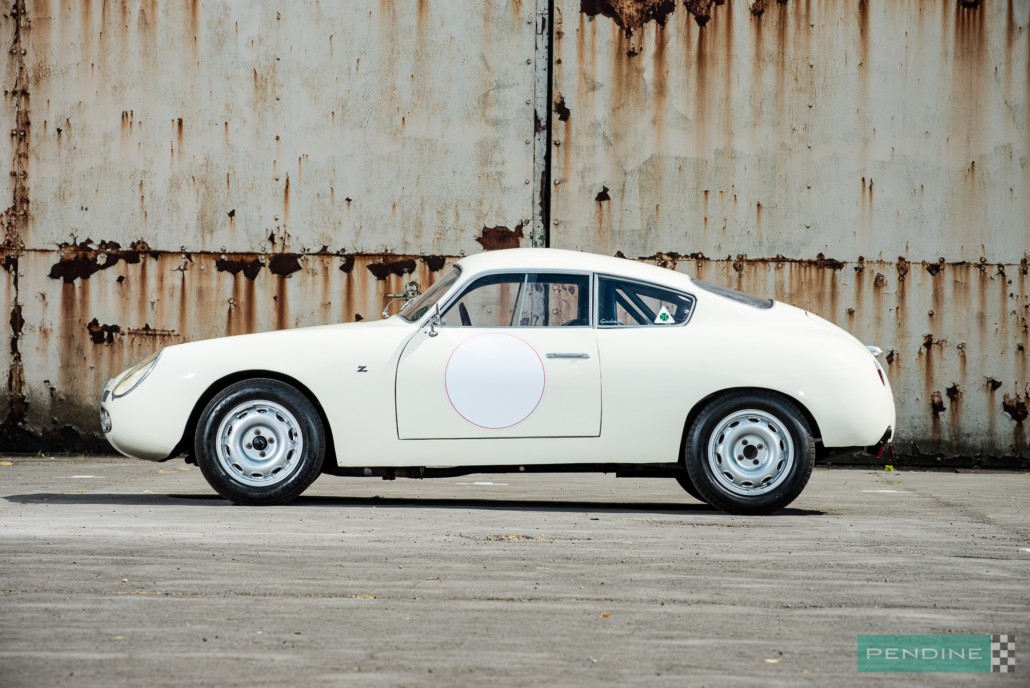 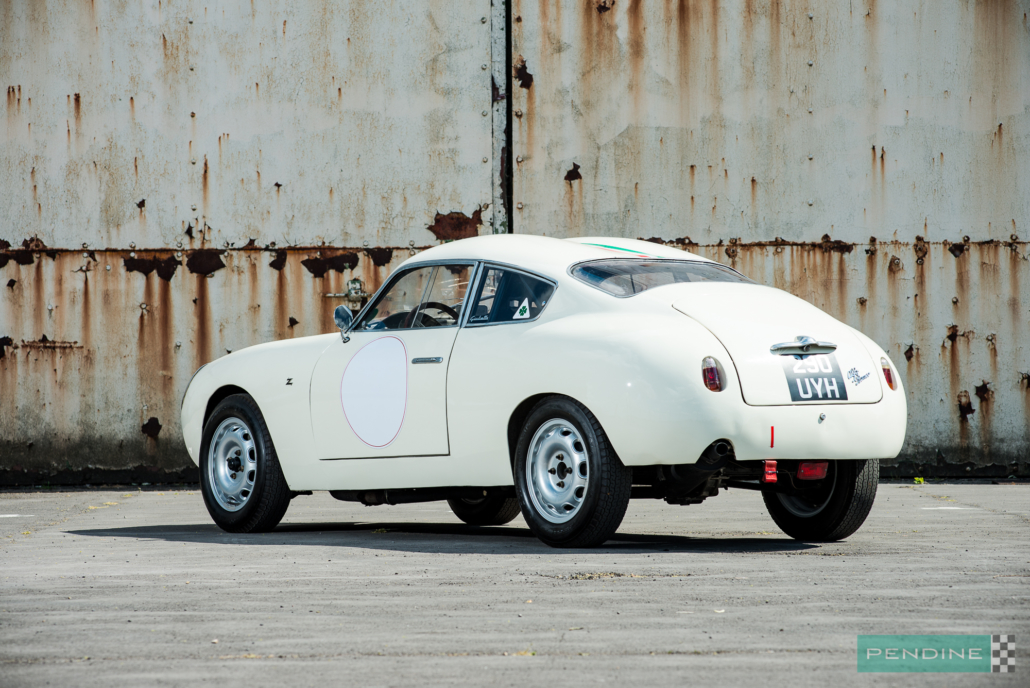 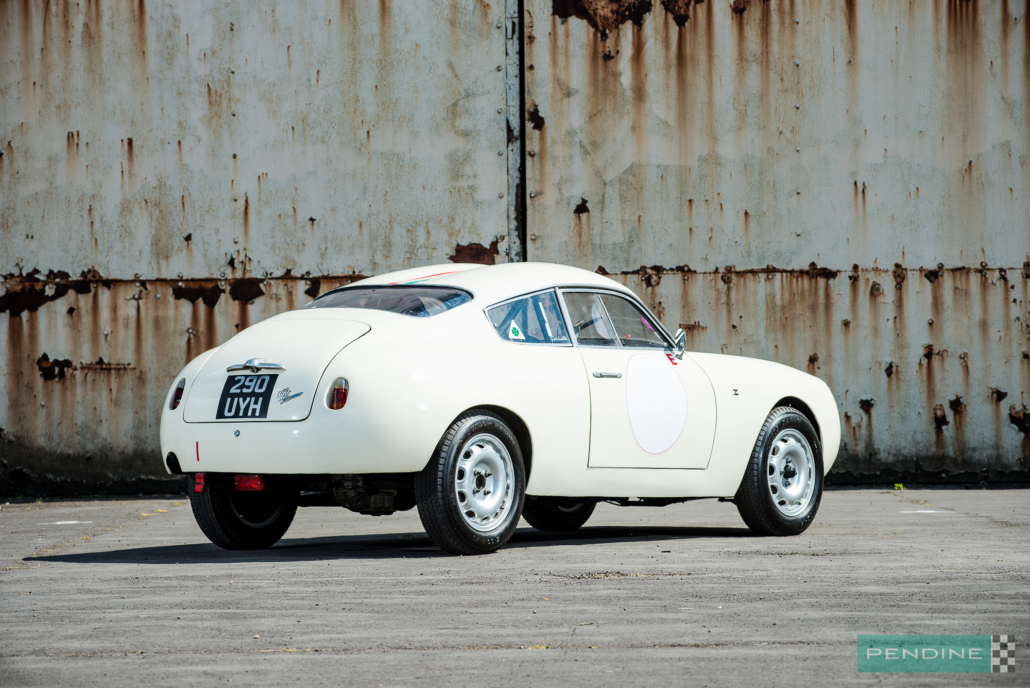 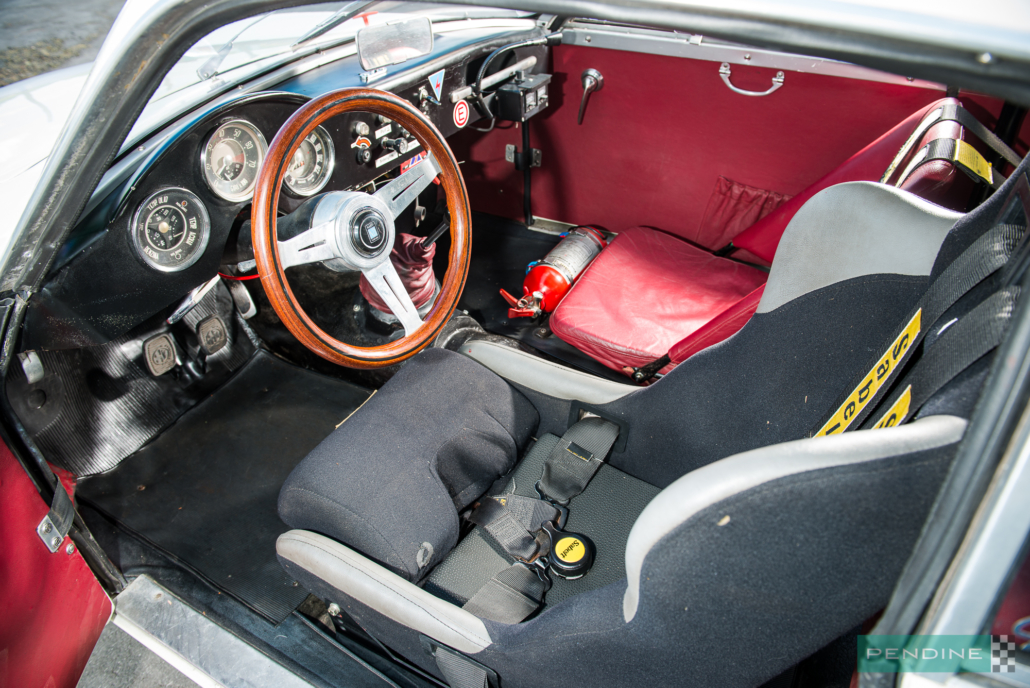 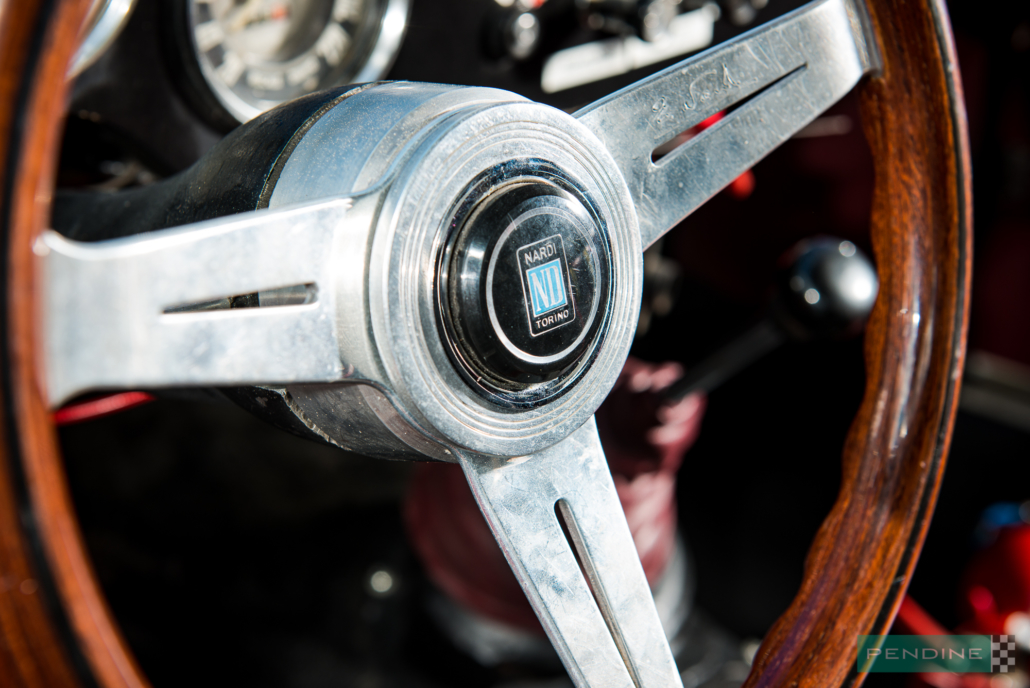 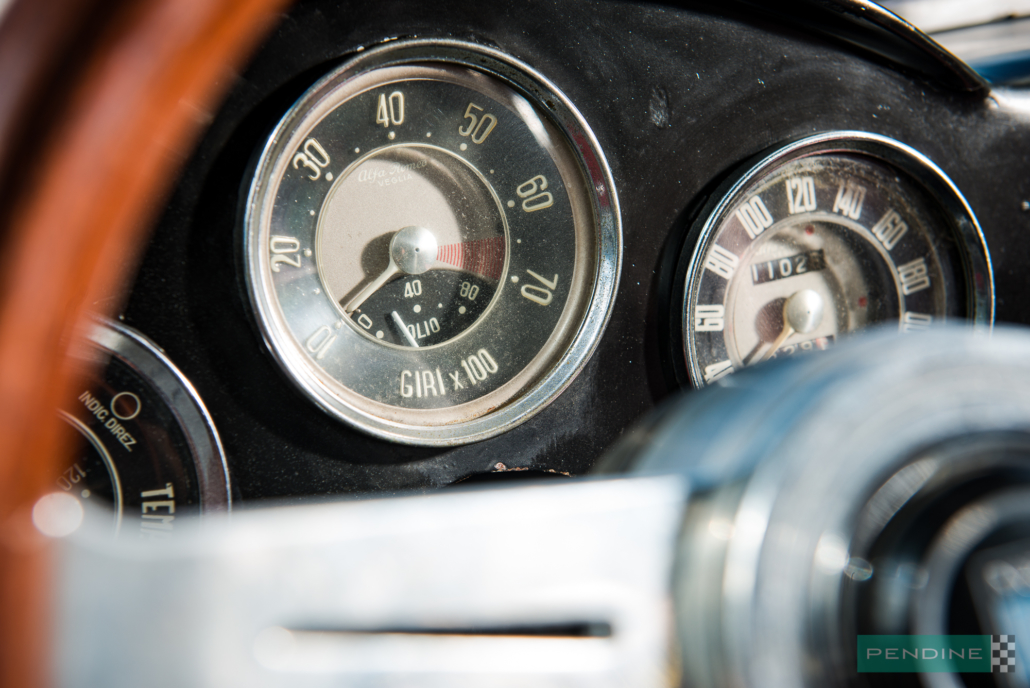 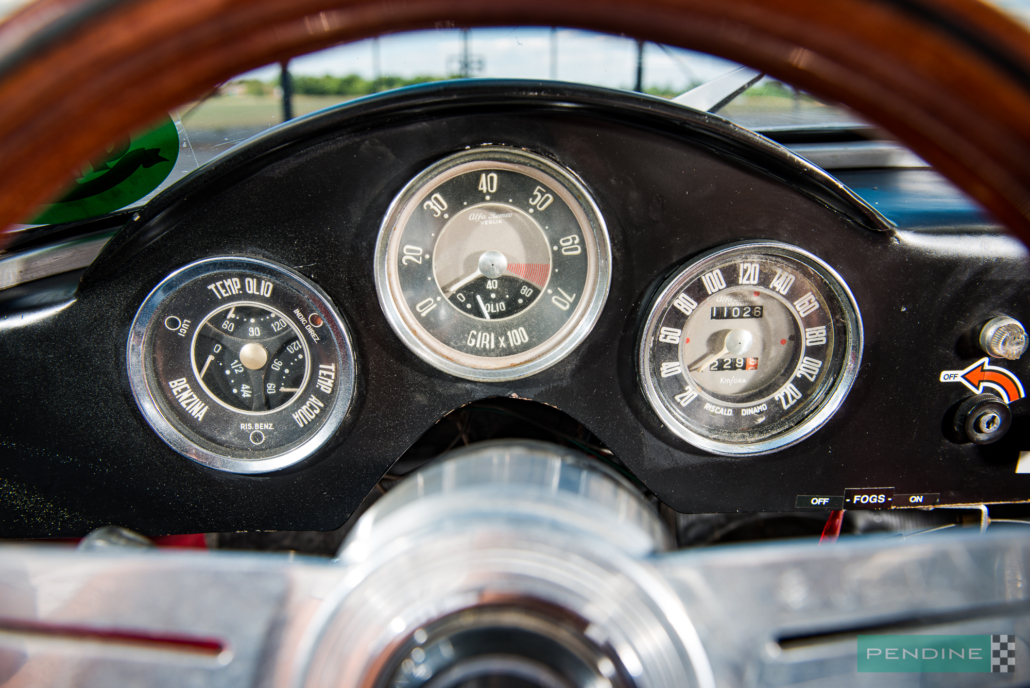 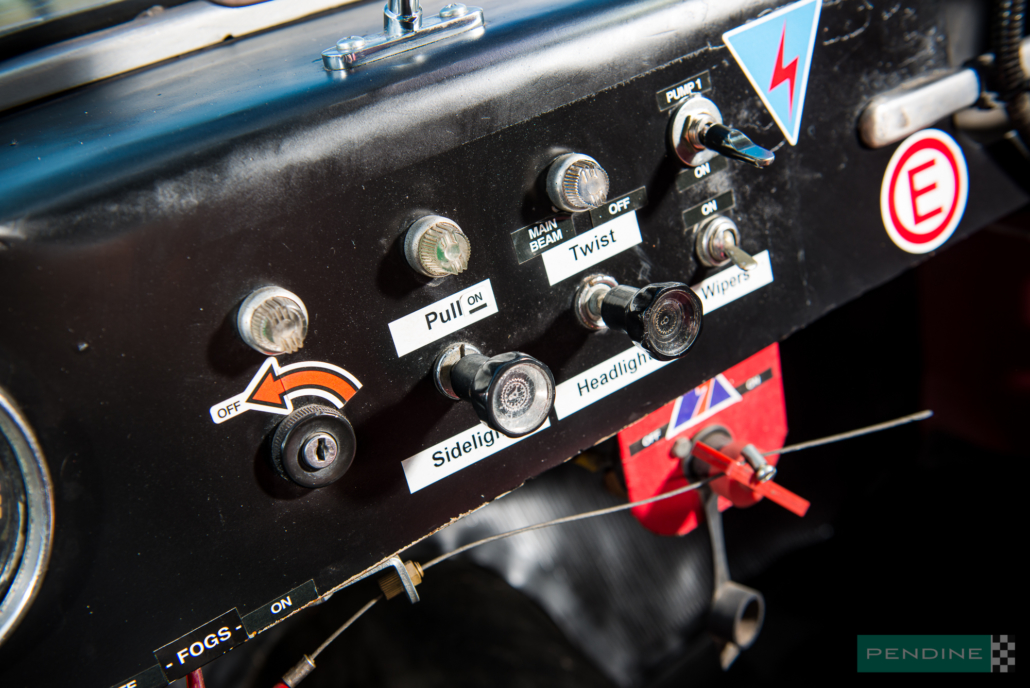 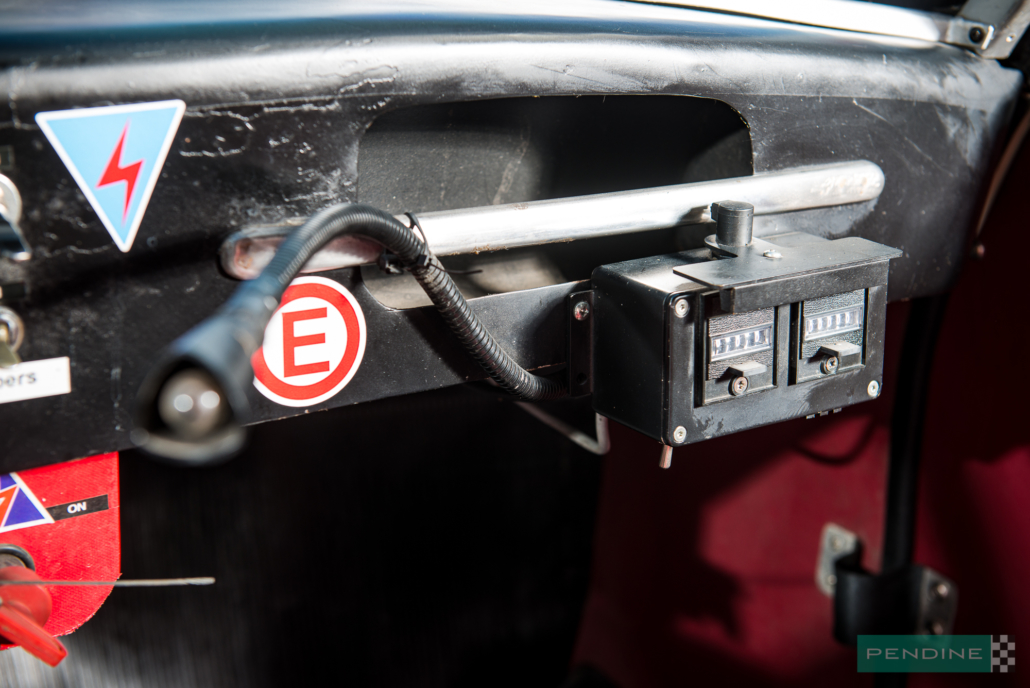 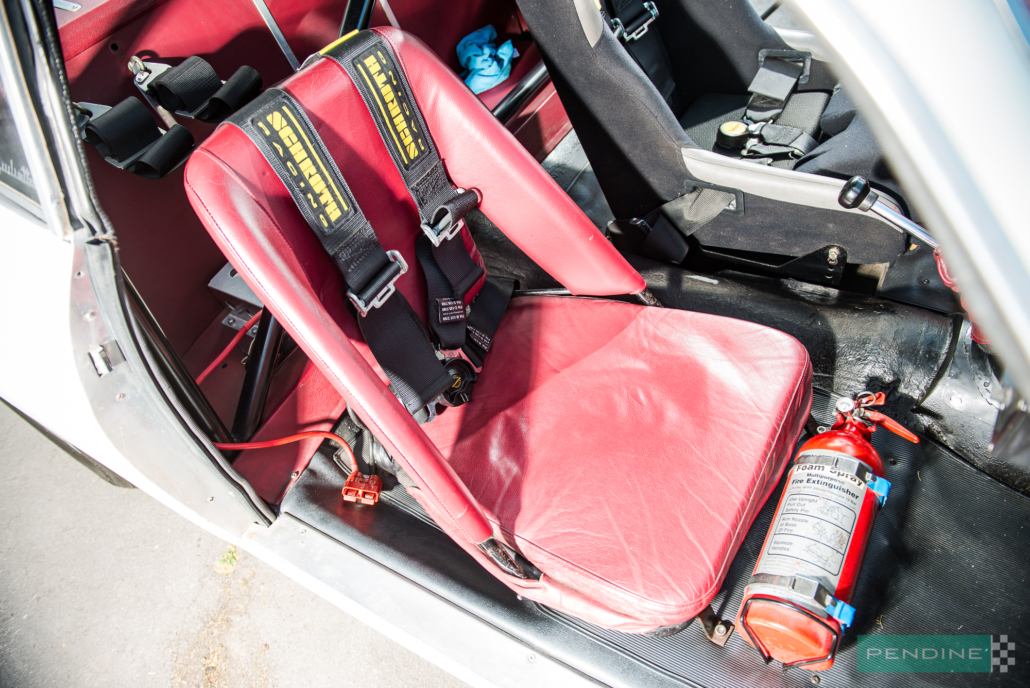 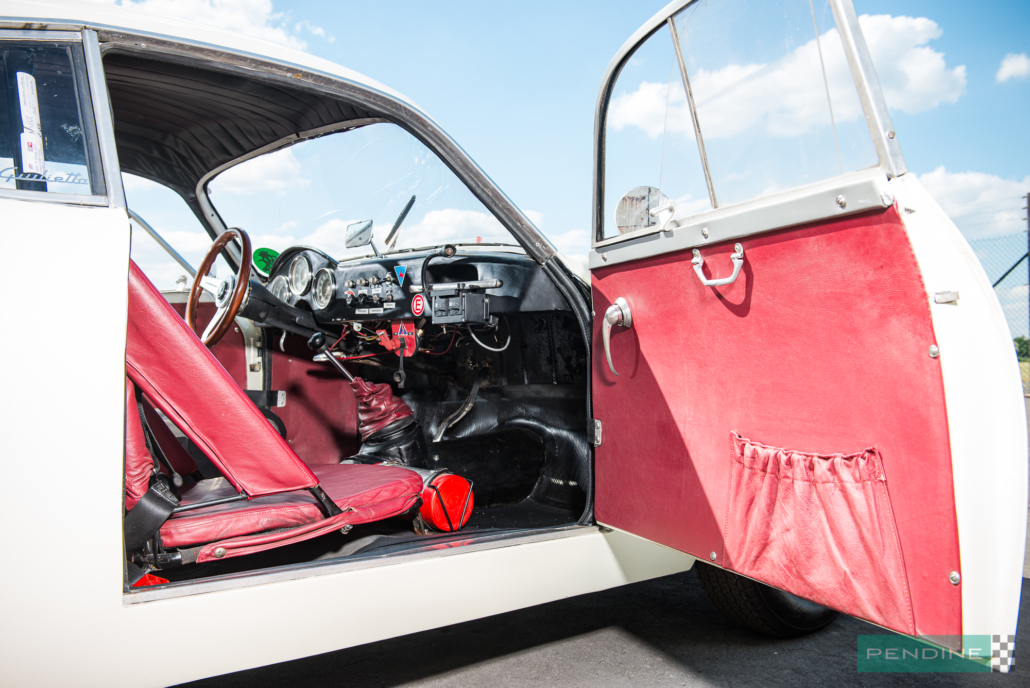 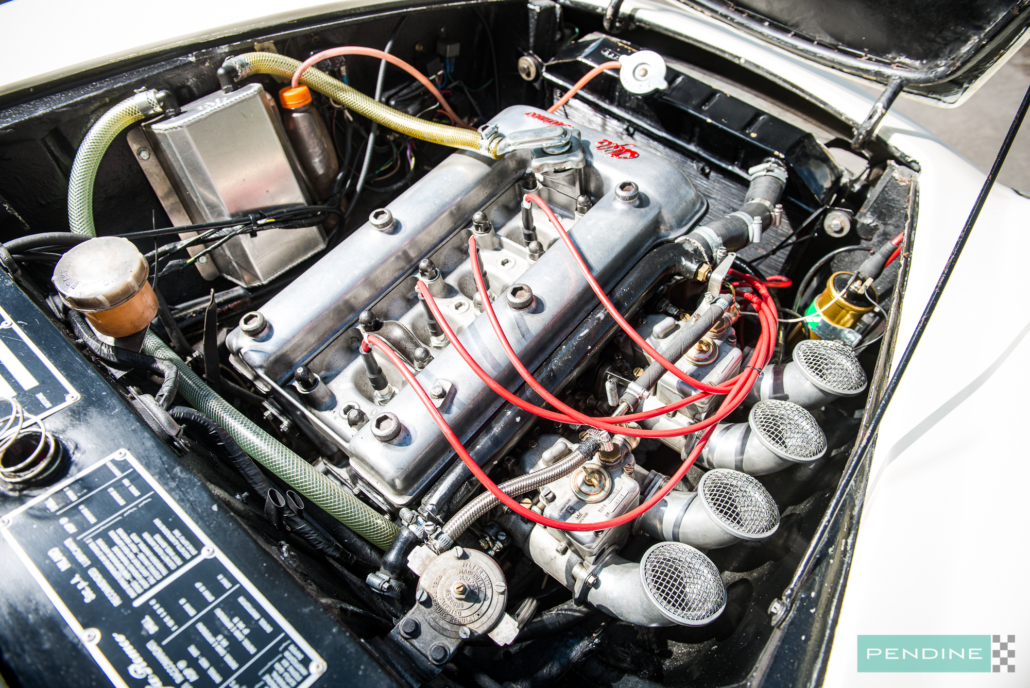 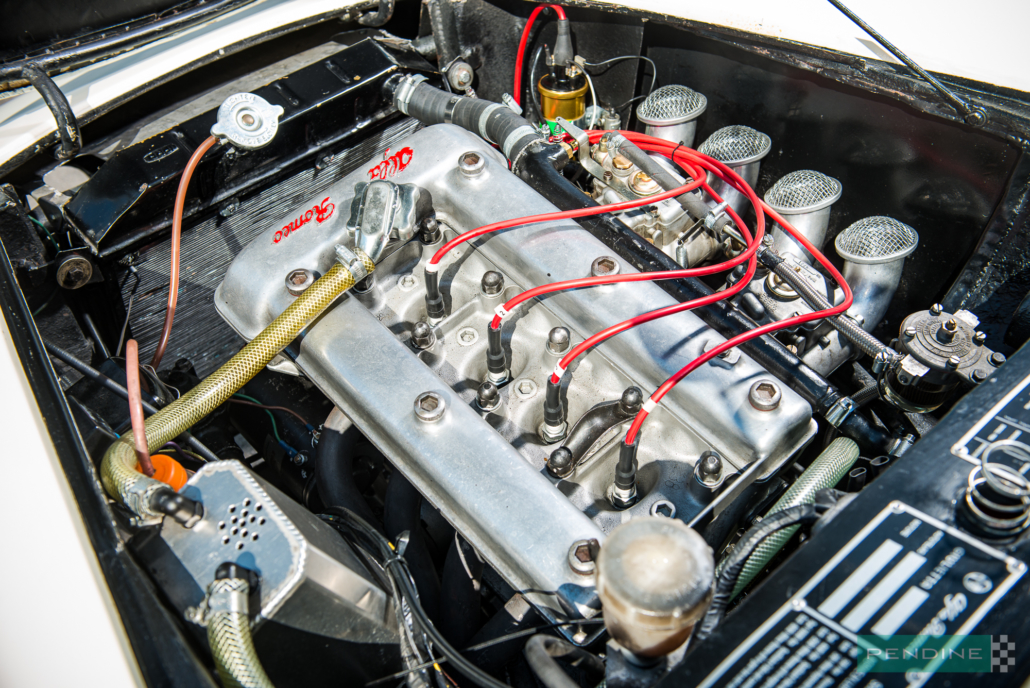 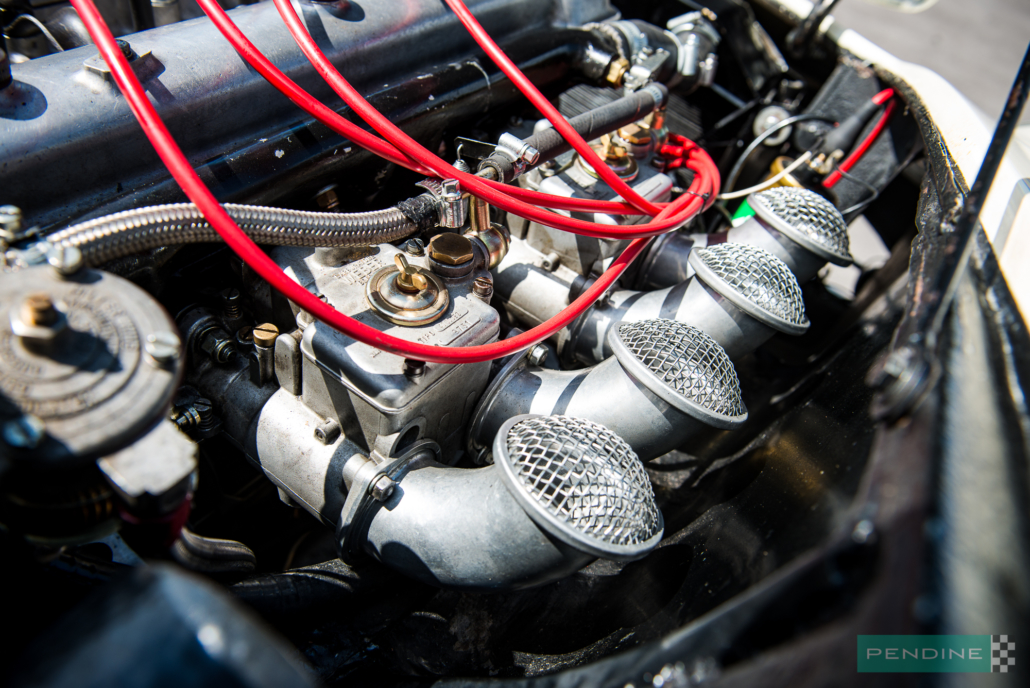 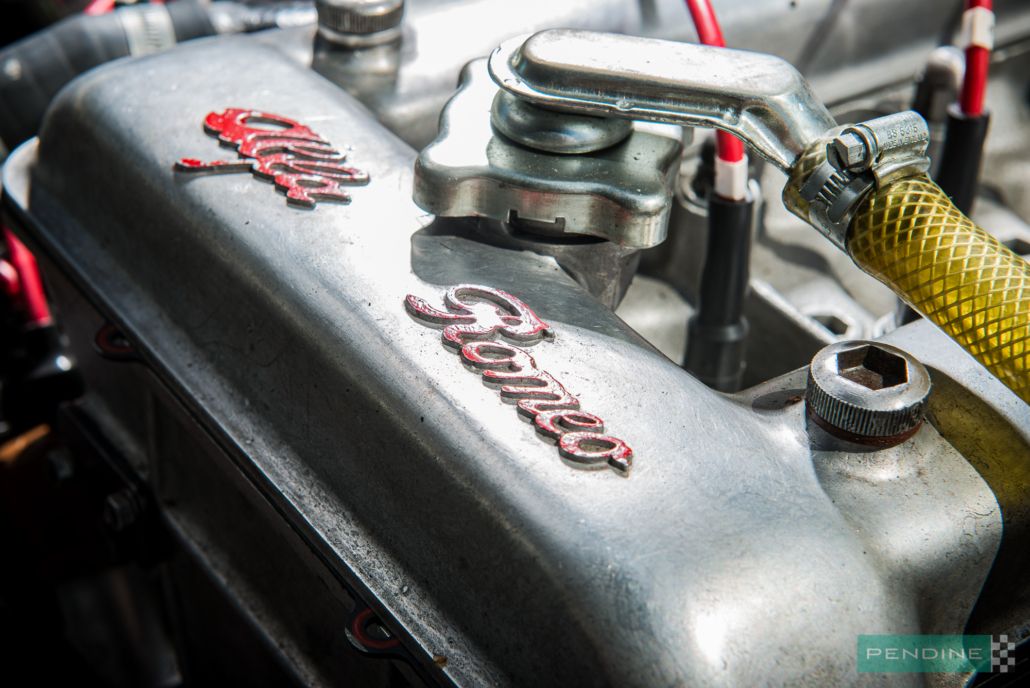 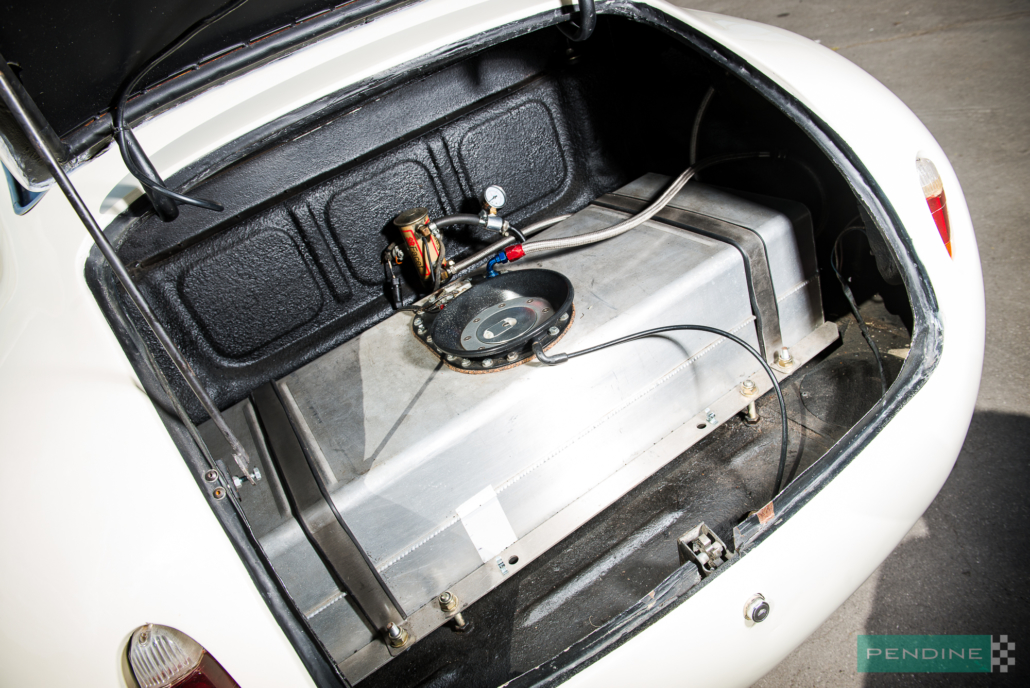 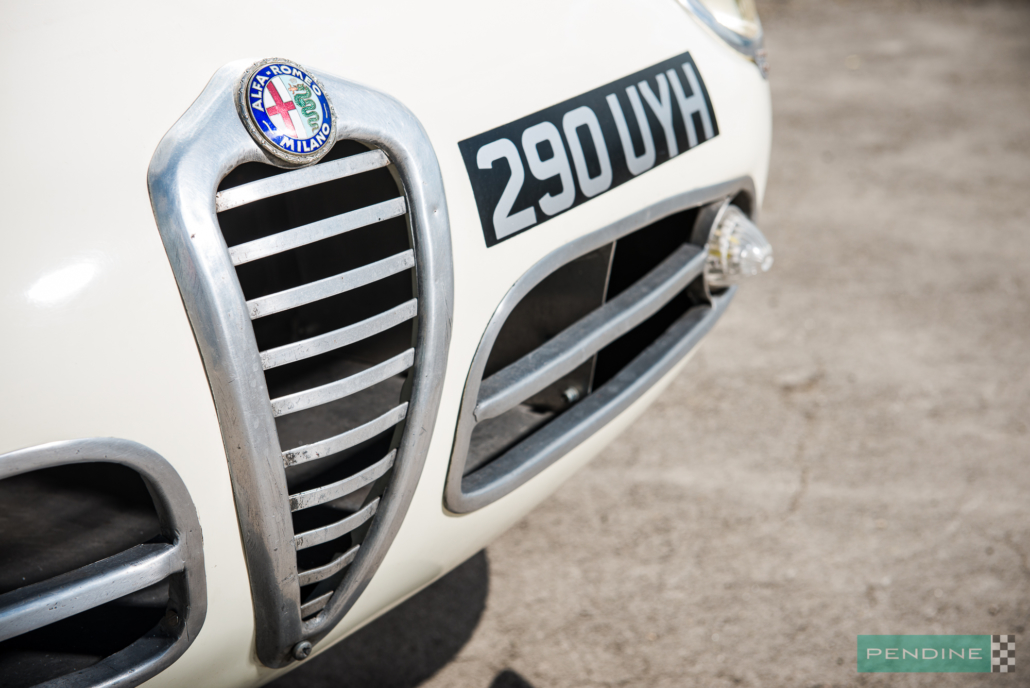 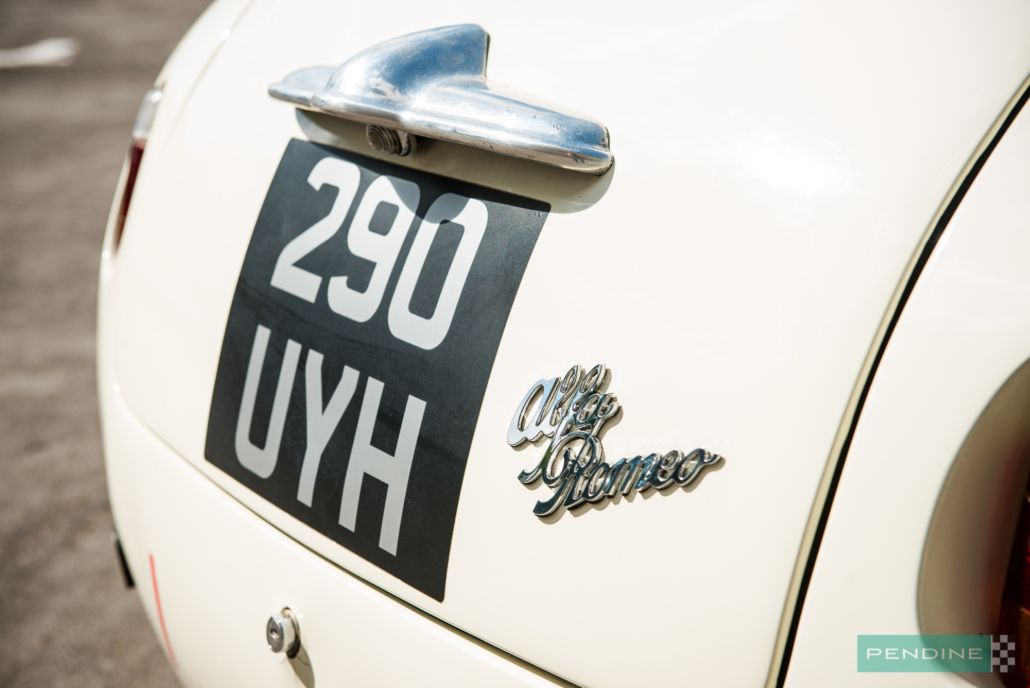 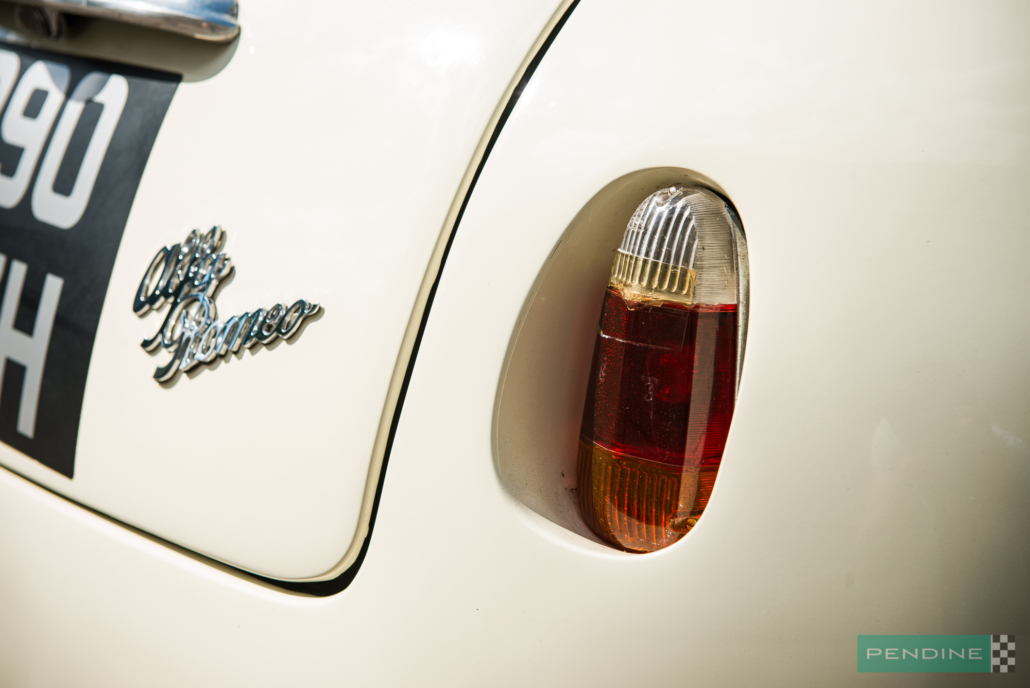